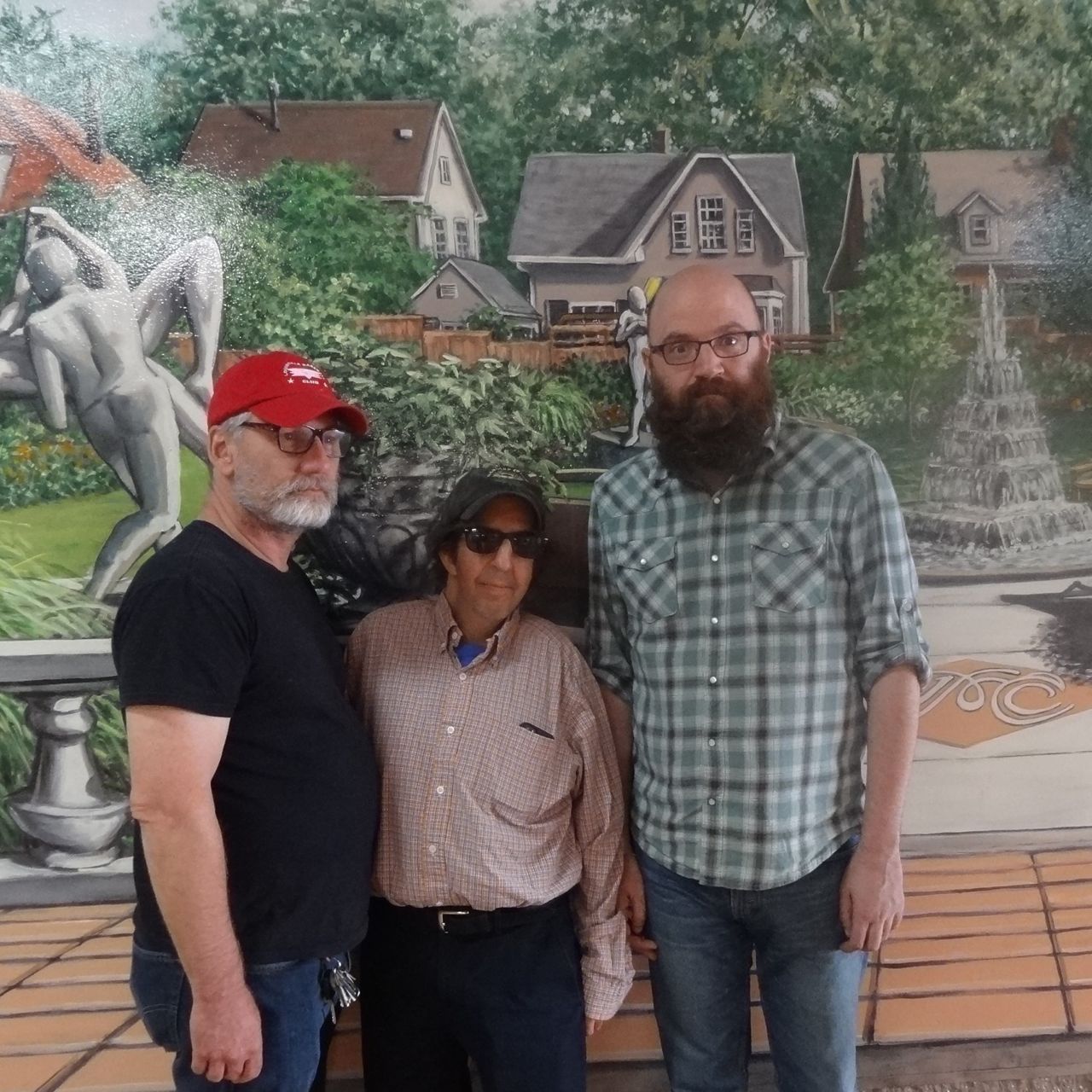 Rusty has made it 100 shows and is far from running out of interesting people to talk with. This show, though, is pretty special. Paula Presley is the business development manager for Snelling Staffing, where she helps people get jobs and helps companies find employees. And, by the way, she’s the love of my life. But it’s her first-ever on-air interview and we had some fun with it.

Speaking of fun, there’s a lot of good-natured kidding around between me and the Louisville Improvisers. The trio does performances all over town and are pretty quick thinkers. And did I mention funny? I was on their Louisville.am podcast a while back, so I asked them to return the favor by being on the 100th show.

Elsewhere, it’s one busy weekend in Louisville. Not only is there the Rusty Satellite 100th Show Party at Loui Loui’s on Friday, but the first-ever Jeffersontown Beerfest on Saturday in the middle of town. American Pharaoh goes for the Triple Crown in the Belmont Saturday, a little bit after the U of L baseball Cards being play at Patterson Field as they try to return to the College World Series. In the news, this week the Phoenix Hill Tavern closed for good, but the Omni Hotel unveiled drawings of how it will change the local skyline. And the Mayor is having an Old-Fashioned to kick off the party at Re-Surfaced. All that and more on the 100th Rusty Satellite Show.