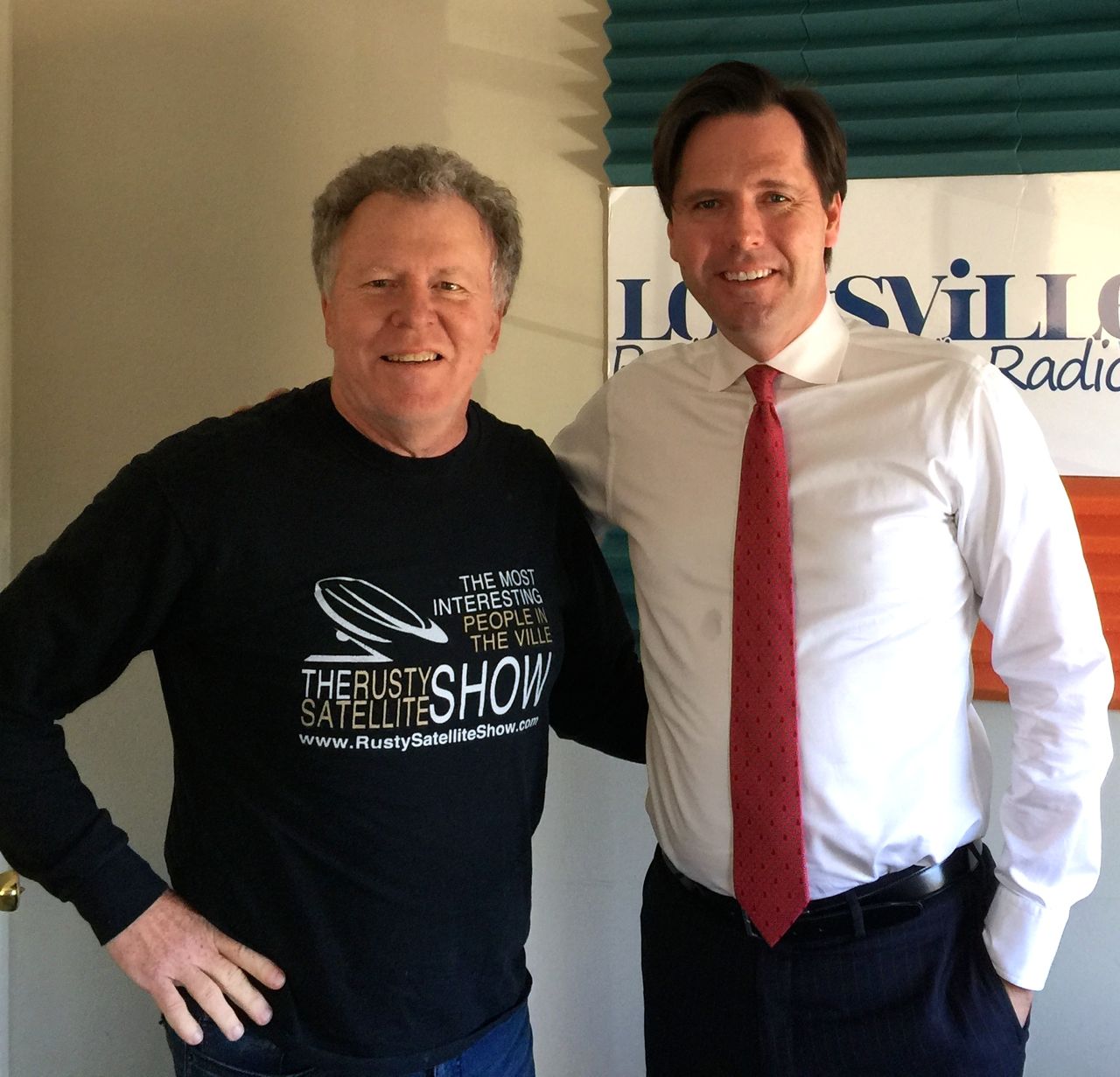 i’m celebrating the milestone 300th episode of the Rusty Satellite Show, the longest-running and most interesting podcast in the ‘Ville. Fan of the show Carolyn McLean joins me in studio as we talk about some of the highlights of nearly six years of recording this podcast each and every week.

And it wouldn’t be a milestone show without Mayor Greg Fischer, who welcomed me to his office for the first time since show #200 two years ago. This time he’s getting psyched for his favorite thing — Give A Day week coming April 13. Then there’s the bad news — the state’s pension crisis has created a $35 million budget shortfall, and the Metro Council refused to raise taxes to pay for it, so he’s spending a lot of time trying to figure out how to cut the city’s expenditures.

First up, though, is Adam Edelen, or as I call him, Gill Holland’s running mate in the Governor’s Race. Edelen is a true progressive and not afraid to talk about his position on tough topics like abortion, marijuana, gaming and Kentucky’s financial crisis, and pulls no punches when talking about his opponents in the May primary or the guy who’s got the job he wants now.

Also in the show, Carolyn and I talk about some of the 570 different individuals whose voices have been heard on the show — which would read alphabetically from Christopher 2X to Jerry Zegart, from June 2013 to the present. It’s been a blast bringing the most interesting people in the ‘Ville to you for the 300 consecutive weeks. Thanks to Passport Health Plan,. the Eye Care Institute and Heuser Health for sponsoring the 300th episode of the Rusty Satellite Show.