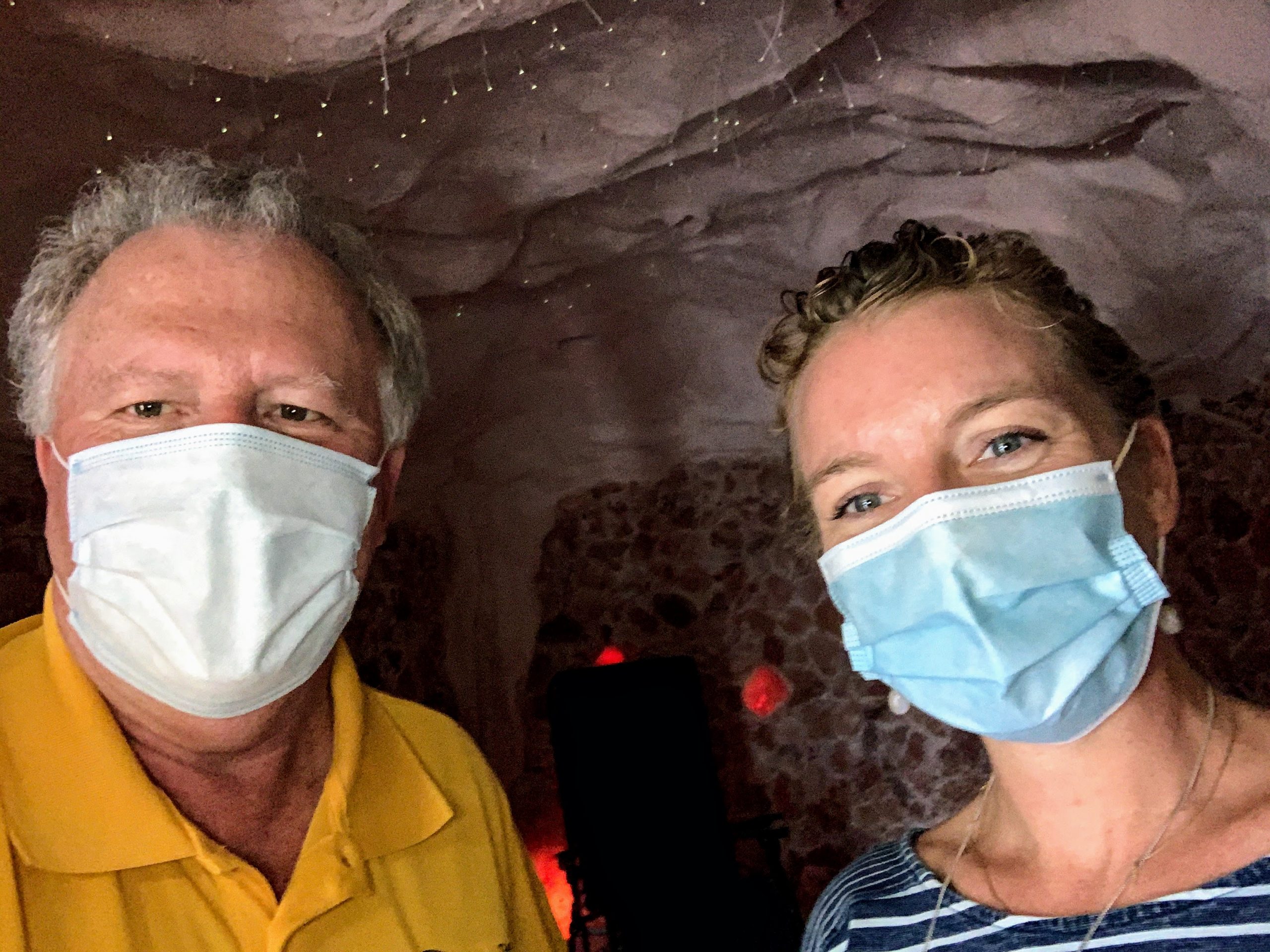 It was pure coincidence that my two interesting guests this week share the same surname, but both were tremendous interviews for the 361st episode of the city’s longest-running and most interesting podcast.

I was dispatched to the Salt Cave to meet Nicole Barnett, who told me about the process, and hard labor, of stocking the Salt Cave with tons of Himalayan salt. Tucked into a strip center on Shelbyville Road, the Cave is a place of peaceful relaxation. Nicole has operated the Cave for five years, and this week is planning a Healing Summit, which you’ll hear about in the show.

For decades, you’ve seen Rick Bartlett perform in places like Buck’s in Old Louisville. He’s been looking for his own place, he says, for years, and found out in the old Red Pepper building on Brownsboro Road. And he was going to let a little pandemic get in the way of opening Ricky B’s Club Cafe.

Nothing is normal, of course, including the news. The top story of the week is that some college kids went to a party and 29 of them contracted Coronavirus. They all happened to be U of L athletes, a development which must have angered Vince Tyra. Meanwhile, a new poll shows how big a lead Mitch McConnell has over Amy McGrath in the U.S. Senate race, and protestors are demanding that inmates be freed at Metro Corrections to protect them from the virus. And if the virus were a human, he would really be looking forward to a big weekend in Louisville, as thousands of out-of-towners arrive for a Hot Rod Showcase.

On Sunday, I’ll be your host at an Open House at 323 Barcelona Drive, which you can preview at this link.