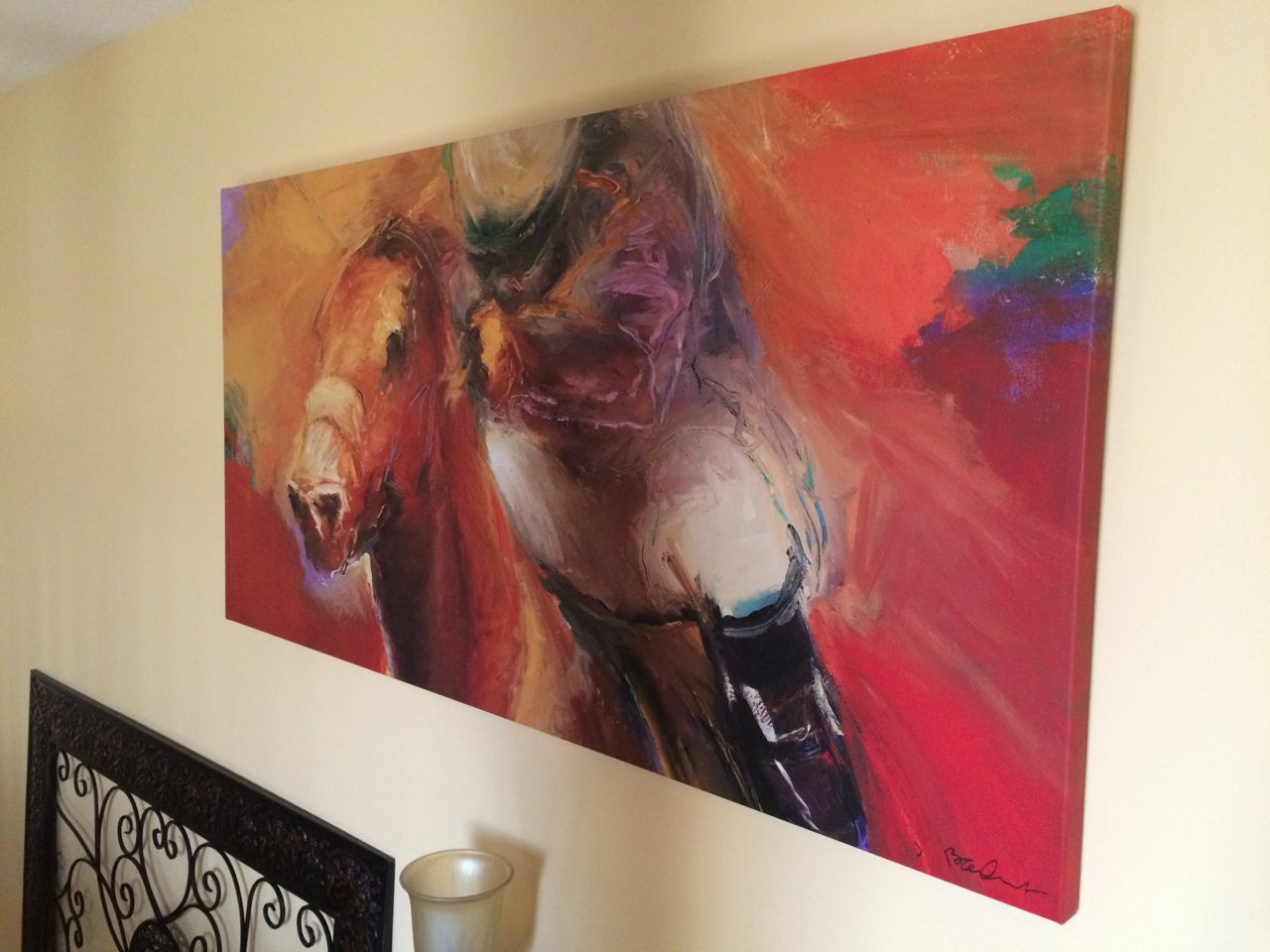 About 50 years ago, two women who would make their mark in the world of horses and end up in Louisville were born about 2,000 miles apart. Donna Brothers was born in New Mexico and later become one of the top female jockeys of all time, with 1,130 wins. Today she’s one of the stars of NBC’s horse racing coverage, riding her pony over to get the first word from the winning jockey in the Derby. She’s also the COO of a major racing stable, Starlight Racing, featured on this show last year.

Jeaneen Barnhart and her twin sister Doreen were born and raised in Miami. The sisters came to the attention of the local art community when their work was selected as the official Kentucky Derby Festival poster in 1994. Jeaneen says her favorite subjects are horses and naked people. Not only does her work grace the walls of many prominent locals, it has been featured in two national TV shows. I’ve got a Barnhart print prominently displayed in my home, a gift from Paula.

Speaking of people prominent in the horse industry nearing 50, this week jockey Calvin Borel announced his retirement from racing. And in Louisville, even when we don’t have a rooting interest, it seems everyone’s TV is tuned to the NCAA Tournament. Also in the show, listen in to find out how to win a Rusty Satellite Show bluetooth speaker.