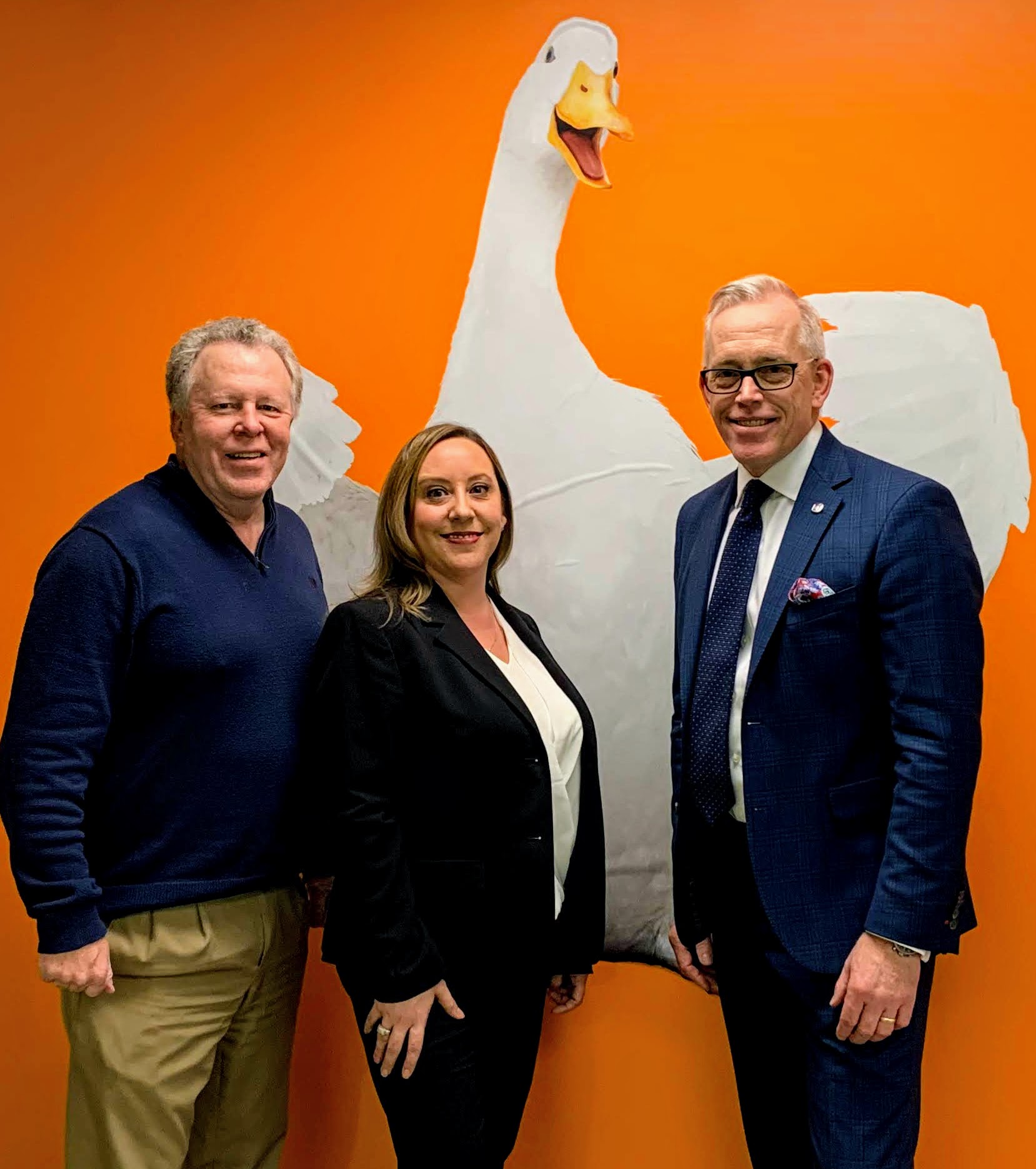 Get set for an especially interesting and informative Rusty Satellite Show — listen in and you are likely to learn something cool about the ‘Ville. First up is Ben Reno-Weber, head of Microsoft’s Future of Work Initiative. He tells me about a recent gathering of tech-heads in which you could find out which movie star you resemble. At our interview at Story Louisville, Reno-Weber explains how important it is that Microsoft chose Louisville to locate its space for artificial intelligence.

If you want to hear more, join me and Ben for the Breakfast of Champions next Tuesday, as he will be the featured speaker. It’s at the University Club March 10 at 7:30 a.m.

In the world of TV commercials, we definitely like the clever ones featuring the AFLAC duck. But I doubt you knew that AFLAC’s regional office in Louisville is named the Dream Big region, and David Watson is a social media star. He and Amanda Goodman explain how they are recruiting people to a new career with great success. Read about it at LouisvilleKY.com.

It was time for a haircut on Wednesday, so I asked the Barber of the ‘Ville, Jerry Durbin, to take the Rusty Satellite News Quiz. I’ve known Jerry since my hair was red, and he’s a great guy with plenty of connections, and has a stable of horses on his farm. Let’s just say he didn’t set any records with his Quiz answers, but it was fun.

Back at the REMAX Properties East studio, we’re seeing a lot of activity in residential real estate. Let me help you find the right house for YOU — call me at 502-439-6391. Thanks to the Eye Care Institute and Heuser Health for sponsoring the show.