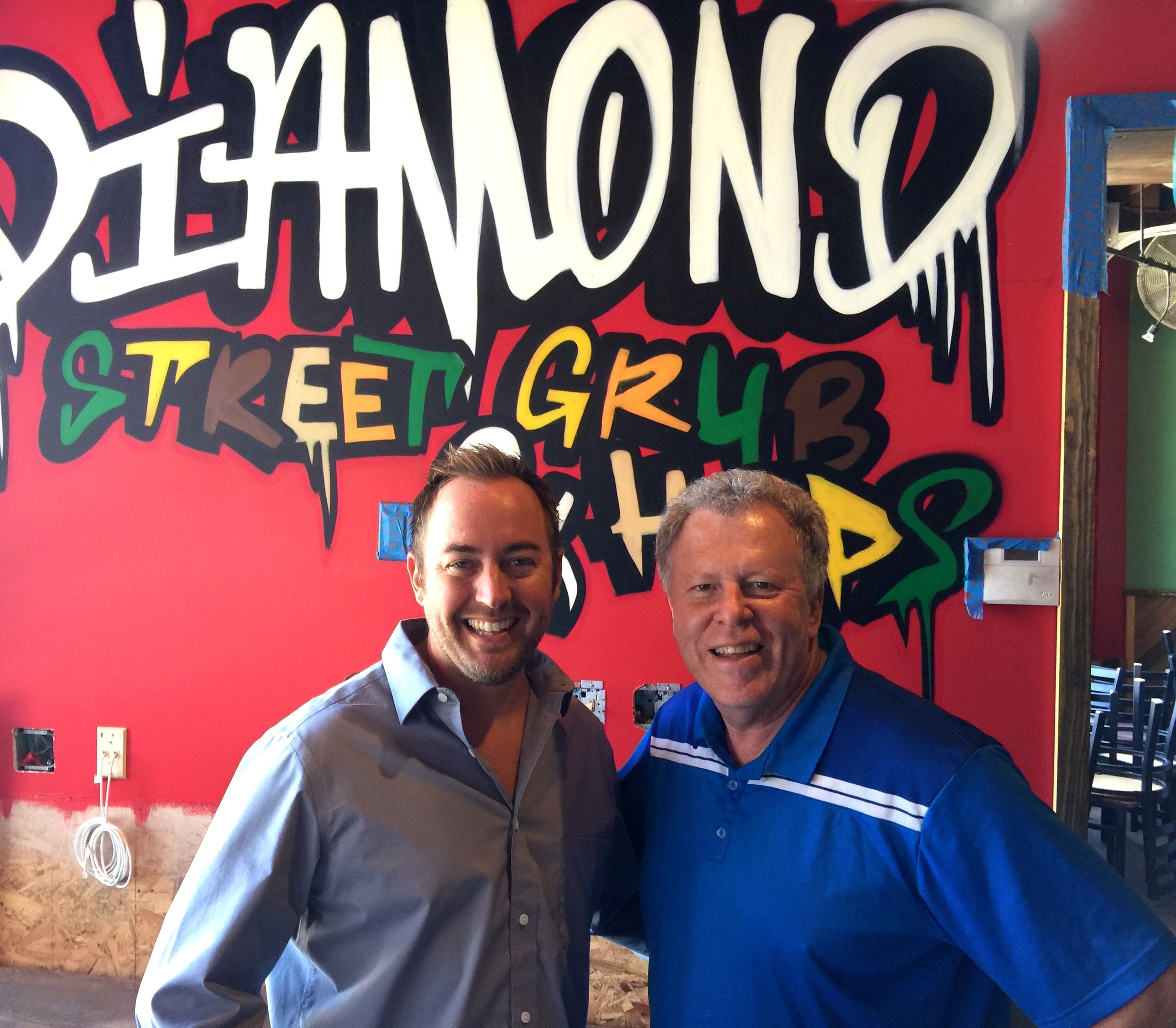 It won’t take long to figure out why I’m so happy this week. The man, the musician, the former boxer behind our Rusty Satellite theme music is in town for a concert Thursday night. Paul Thorn is my answer to the question — Who was your best guest ever on the podcast? It’s hard to believe that happened back in 2014. He’s at the Brown Theatre tonight.

But that’s not the only reason I’m happy. I’m celebrating the completion of my journey to become a licensed real estate professional, for the second time, with the chief of the Sokoler Medley team at ReMax Properties East. Bob Sokoler strolled down the hall to the Remax Properties East studio to talk with me about some interesting aspects of the profession and give you an update on the Louisville housing market.

Jared Matthews is not so quietly building an empire in the neighborhood where he grew up, and the next addition will be the Diamond Street Grub & Hops operation, opening very soon. Matthews promises an interesting menu, plenty of TVs and entertainment in the old Mello Mushroom space on Shelbyville Road. Matthews already owns Cafe Lou Lou, Jack’s Lounge/Equus and both Diamond Pub & Billiards locations.  The new space includes a fascinating mural  and will be local, local, local, a nice addition to the St. Matthews scene.

Speaking of new openings, we got details this week on Andy Blieden’s latest project in Butchertown — a microbrewing concept called DO/LIVE/LOVE, going in on Washington Street near the Butchertown Grocery. In April, we visited the new Northeast Library which, despite all the talk of budget cuts in the Metro, will open for business on Monday. It was shocking to hear one of the city’s broadcast leaders, Bill Lamb, announce he’s leaving for a new job. When his station broke into coverage of the U.S. Open golf tournament on Sunday, there was a minor Twitter debate after golf fans protested the coverage.

It’s all in this, the 311th episode of the city’s longest-running and most interesting podcast, brought to you by Passport Health Plan, Heuser Health, the Eye Care Institute and ReMax Properties East.