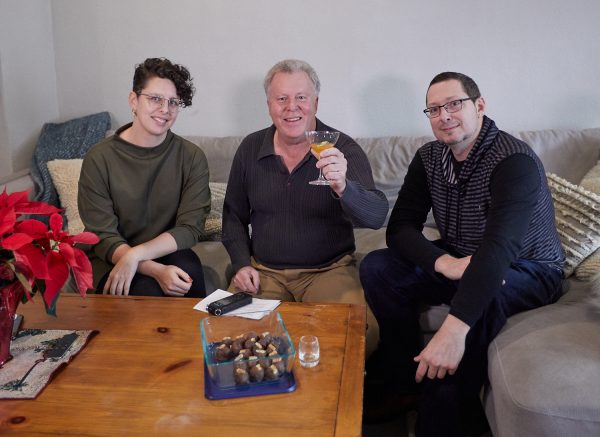 What this town really needs….is the world’s largest bourbon bar, right? That’s what is planned by the folks behind the popular Doc Crow’s restaurant on Whiskey Row. In this Rusty Satellite Show, I talk with marketing director Tara Cocco and general manager Brad Lawton in anticipation of the Feb. 5 opening of Doc’s Bourbon Bar. We talked at a house in Smoketown where a dozen or so staff members were training on things like how of make a Coal Miner’s Daughter, the cocktail they served up while I was there.

Thanks to Bill Brymer, whose visual show Artists:Inspired is now at the Kore Gallery, for recording some video and taking some great photos.

It’s also a special show because it includes an interview with Metro Council member Barbara Sexton Smith, who announced recently that she won’t be running for re-election. When she allowed me to speak, I asked her about her plans for her last year in office and what she’s got up her sleeve after that. We met downtown at the Bristol, where everybody there knows her.

Back at the REMAX Properties East studio, I let you in on the miracle of anesthesia, as I experienced it during my recent ankle surgery, and reveal another interesting aspect of my doctor, George Quill. You’re invited on Wednesday, January 15, to the University Club for our first Breakfast of Champions for 2020 — with University of Louisville athletics director Vince Tyra.

I direct you to the latest video, prominently displayed at LouisvilleKY.com, in which Bob Sokoler and morning radio man Tony Cruise discuss why the winter is a great time to be buying or selling real estate. It’s all in the city’s longest-running and most interesting podcast, brought to you by the Eye Care Institute, Heuser Health and REMAX Properties East.