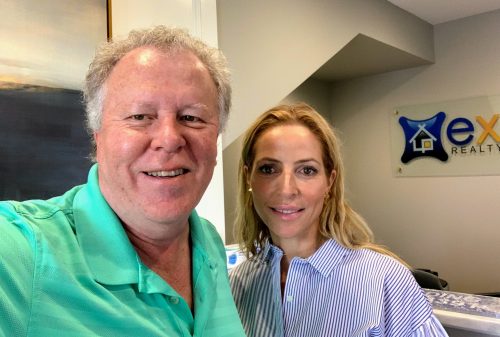 A lot of us are trying to make the best of this new COVID-19 reality. Some of us have been able to keep things going, but life has forced some to pivot. Welcome to the Rusty Satellite Show, bringing you the stories of two strong women who have pivoted nicely.

If you’re a fan of horse racing, you know about Chantal Sutherland. As a jockey, she’s won more than a thousand races, been featured in the game’s two reality shows, and has worked as a model and spokesperson. So what, you ask, is she doing in Kentucky. For one, she’s making a comeback at Churchill Downs as a jockey. She’s also in a relationship with Corey Lanerie, one of the leading jockeys in the current meet. And she’s exploring a few other avenues, including real estate, and hoping to improve her golf game.

For Tisha Gainey, whose career had been focused on events like the Tailspin Ale Fest and others, cancellations forced her to reconsider that path. Along with partner Trevor Cravens, Gainey opened a catering business delivering beer and food out of a rented home on Spring Street. The business, Crowler Catering, is picking up steam and Gainey is busy filling orders every day.

We did have an election this week, and as of this writing we still don’t know who won the big race to take on Mitch McConnell in the U.S. Senate race this fall. Nor do we know who won the Metro Council races. While Charles Booker is currently behind Amy McGrath in the race that has gained national attention, we won’t know the outcome until June 30. Stay tuned.

Listen to the show to find out what former guest of the show purchased the most expensive home on Business First’ list, and plenty more on the ‘Ville’s most interesting and longest-running podcast, sponsored by the Eye Care Institute, Heuser Health and eXp Realty.