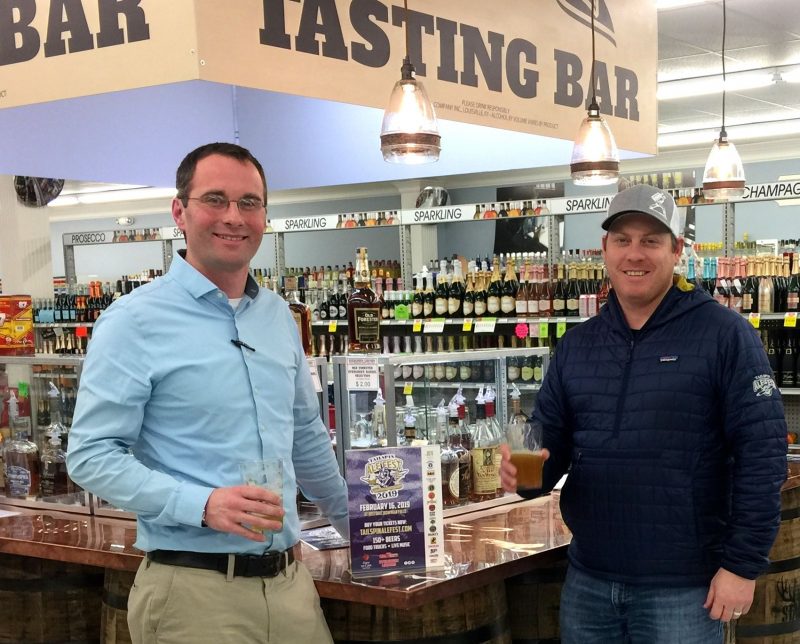 You couldn’t have missed last week’s big chef celebrity news — that Joshua Moore of Volare Restaurant won the Food Network’s “Chopped” competition. So Rusty had to talk with the chef who has become one of the city’s most celebrated. Moore has had great success at a chanf, and a farmer and family man, as you’ll hear in our interview.

It’s time for Tailspin, and there are a few interesting changes in store for you beer festers. For one, Trevor Cravens said the party has left the hanger, so the Feb. 16 fest will be held under tents outside. There’s all sorts of beers, of course, and you can try your hand at axe throwing. Mike Fisk joins us – he represents Evergreen Liquors and Cox’s — the event’s new main sponsor. And he offered up a cold West Sixth product to enjoy during the interview.

Finally, the old Cardinal Stadium is coming down this week – and Rusty remembers a few big events there, including my final performance in a football uniform, a Huey Lewis show and Brett Favre’s heroics. Also, heather French Henry is running for statewide office, and I loved a cartoon by former show guest Marc Murphy.