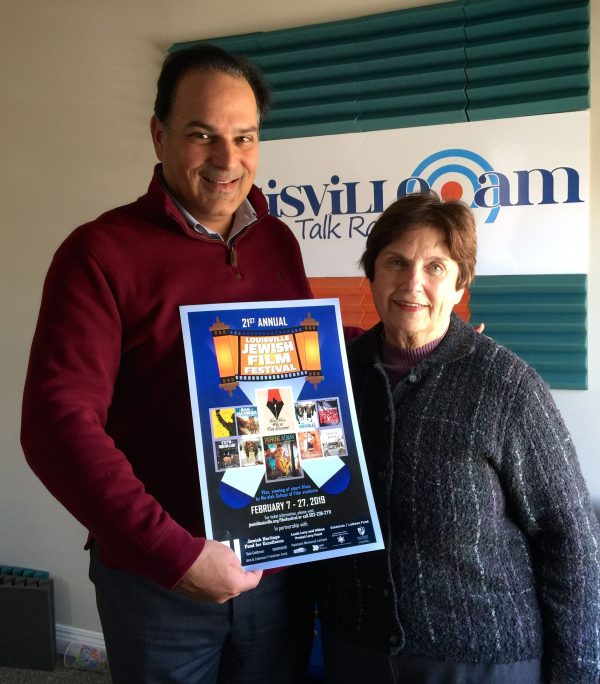 We certainly didn’t cancel the Rusty Satellite Show, though I considered it after walking from my car to the front door of the Louisville.am studio Wednesday.

Get used to this:  the Louisville Muhammad Ali International Airport. That may be a mouthful, but it’s also a fitting tribute to the Champ and the name change makes all sorts of sense from a marketing perspective. The man in charge at SDF is Dan Mann, an admitted airport geek who considers this his dream job, for reasons he explains in the show.

Mark Prussian of the Eye Care Institute saw more than three dozen potential entries into this year’s Jewish Film Festival, and says the dozen films selected represent a wide range of human experience. Festival director Marsha Bornstein says the films have wide appeal, and that you don’t have to be Jewish to enjoy them. It starts Feb. 7.

You heard me right — I agree with Gov. Matt Bevin. But only on this one thing. Bevin said that calling off school because it’s cold shows that we’re getting soft, and he’s taking a ton of heat for it. But for those who say it’s necessary to keep kids home for safety reasons must think that administrators when I went to school didn’t care – because closing school was never a consideration in decades past. Blame it on fear-mongering weathercasters and, well, maybe we ARE getting soft.

Finally, the statewide political races are set — with an unpopular governor facing a primary challenge, three strong Democratic candidates trying to unseat him. And with Heather French Henry and Greg Stumbo returning to politics, we’ll have plenty to talk about.

It’s all in another epic episode of the Rusty Satellite Show, the city’s longest-running and most interesting independent podcast. Thanks to Passport Health Plan, Heuser Health and the Eye Care Institute, sponsors of the show.