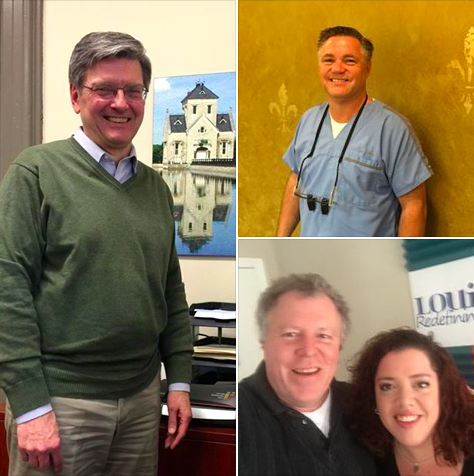 It’s always special when I have a guest co-shot on the show — and this week it’s the artistic and talented Marianne Zickuhr. She’s busy. Not only does she host “Marianne in the Morning” at ArtXFM, she’s taking on new duties at the Jewish Community Center, including hosting a big event on Saturday — Seinfeldia. Listen in to hear all about the special event at Theater Marketplace celebrating my all-time favorite TV show.

I know a lot of folks who say they have a really cool dentist, but none are likely to match mine — Dr. Shawn Moore. When he told me about the new practice he’d started in St. Kitts, I asked him to come on the show to talk about it, and some of his other unusually patient-friendly practices. And no, I was NOT under the influence of laughing gas. I’ve been seeing Dr. Moore for many years, and you’ll see why he’s at the top of his profession in this interview.

Of course, I’m worried about almost everything this crazy governor or ours is up to, but when he started touting legislation dubbed the “War on Louisville” I wanted to get the perspective of one of the Metro Council’s leaders. Bill Hollander, a former lawyer elected in 2014, heads the Democratic Caucus and believes that rural legislators have no business making decisions about government in Louisville. Bill started his career in radio, so he fits right in on the show.