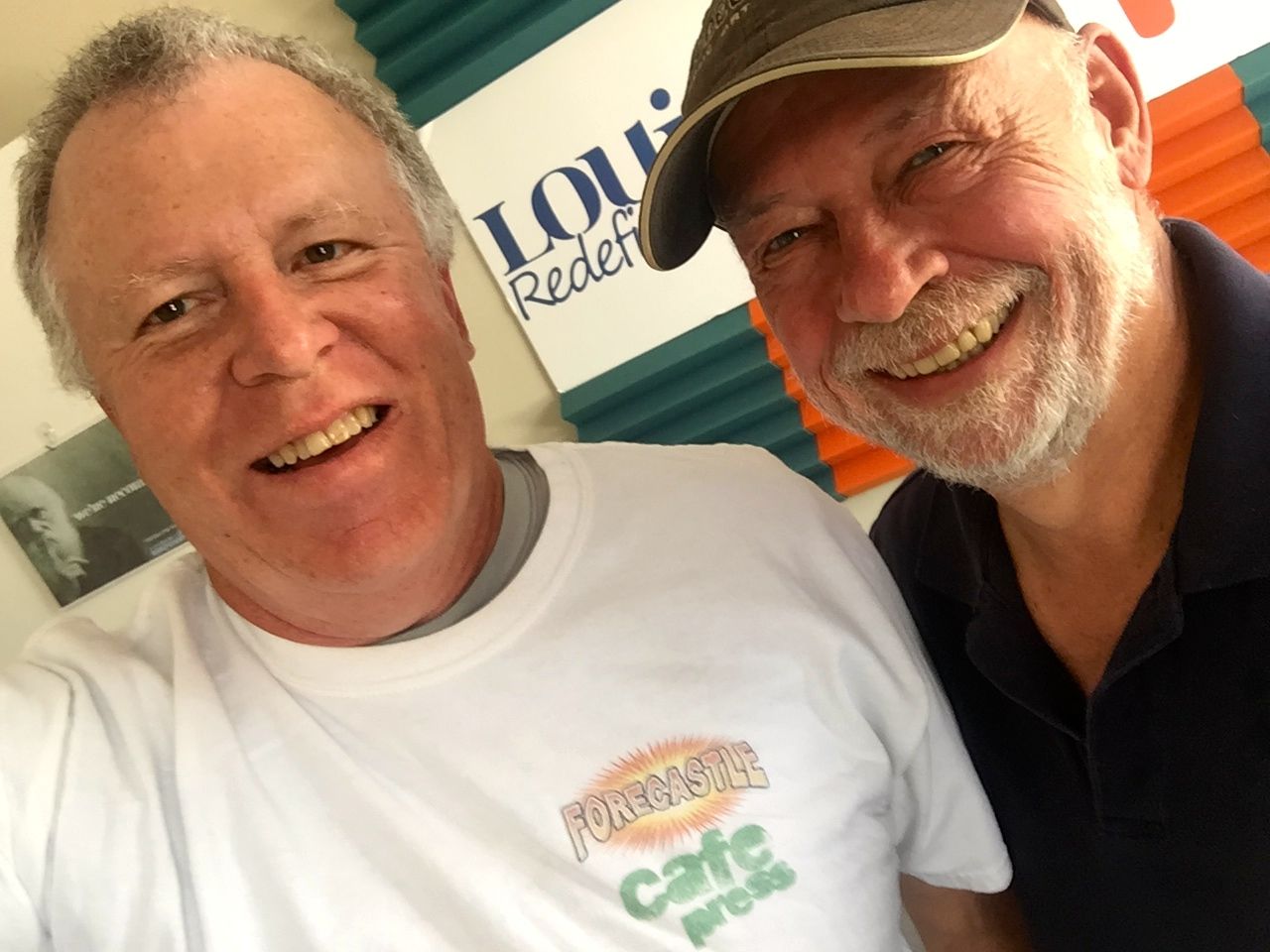 The Forecastle Festival makes its mighty return to the shores of the Ohio this weekend, and I get to talk with one of the very few individuals who has been to all 15 of them. Kelly McKnight may be known as founder J.K. McKnight’s dad, but I’ve known him from his days as a successful local ad executive. Now his retirement has blossomed into a gig as a security consultant for events all around the region.

Plus, he’s a regular listener to the show, and he brought me a valued Forecastle t-shirt. Meanwhile, my Bourbon City Guest of the Week is also arts-related. J.P. Davis appeared on the show four years ago as a candidate for Metro Council. He didn’t win that one, but instead took on an important role with the Fund for the Arts. He explains the city’s Cultural Pass and updates us on the repairs to the Kentucky Center for the Arts.

In the news, two of our favorite fools stuck their feet all the way into their mouths. First, pizza mogul John Schnatter, in a conference call, justified his use of the N-word by saying that Colonel Sanders got away with it. Then he mentioned his roots in Indiana, where he said they used to tie African-Americans to the back of trucks and drag them around. After the podcast was recorded, he resigned from U of L’s Board of Trustees.

His misunderstanding of race is matched only by Gov. Matt Bevin, who recorded a video in which he marveled as how amazing it was that black kids from the West End could actually play chess. West End moms may have been more upset with him than they were when he said that the solution to the crime wave was to do a whole lot of praying on street corners.

Speaking of U of L, a group of players led by Luke Hancock hired a billboard-advertising lawyer to sue the NCAA over the whole “take-down-your-banner” penalty, presumably because Hancock doesn’t like being reminded of the infractions all the time.

Finally, if you want more Forecastle info, check out this week’s EatDrinkTalk podcast, on the Louisville.am network, featuring Liquor Barn’s Brad Williams talking about the Bourbon Lodge. Thanks to our sponsors, Passport Health Plan, the Louisville Convention and Visitors Bureau, Heuser Health and the Eye Care Institute for making the show possible.