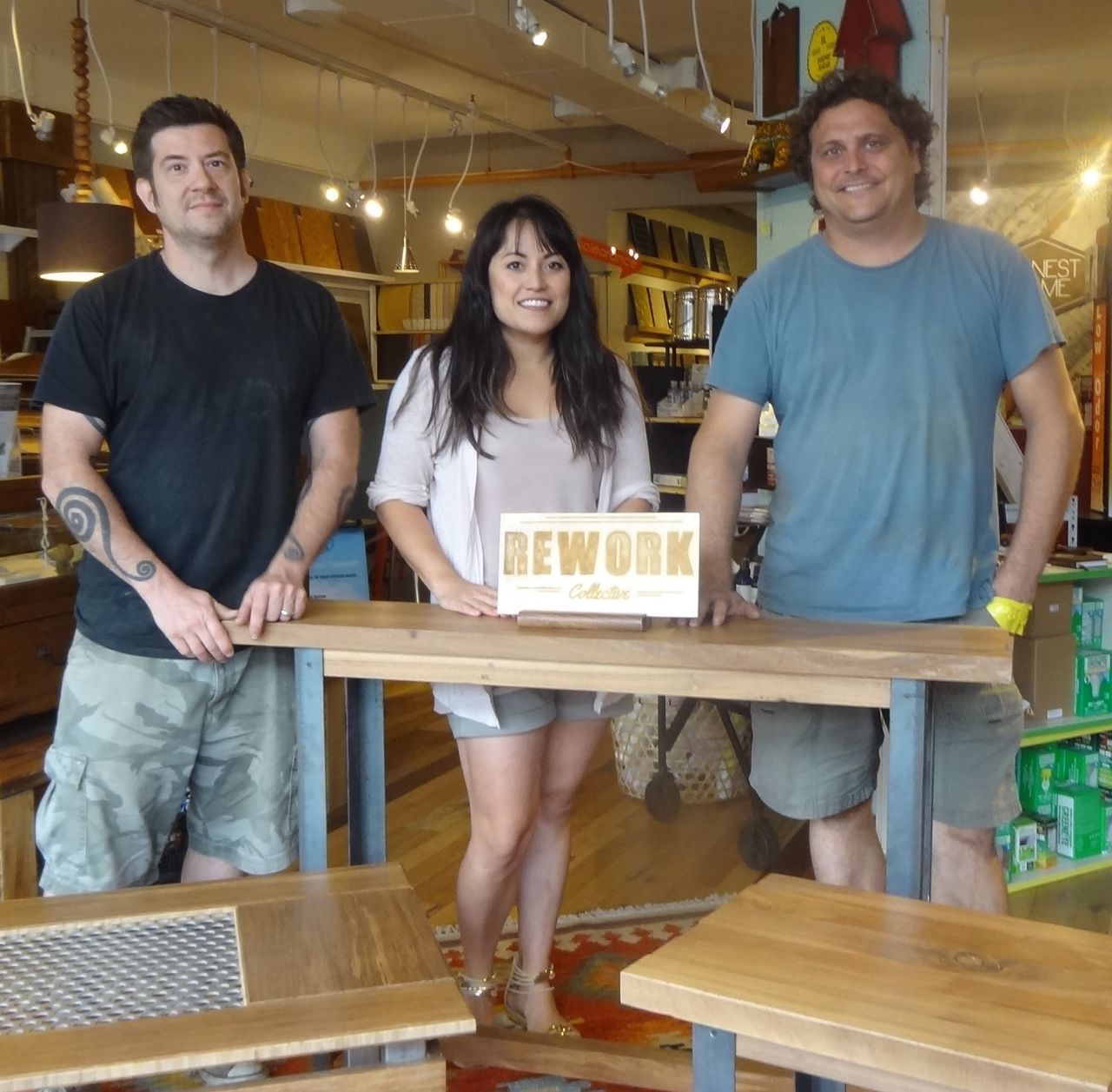 John Birnsteel is a classic Louisville prodigal — after his local upbringing Birnsteel found success in the advertising industry in London. He moved back a few years ago, joining the management team at Doe Anderson, among the first stops in his career. He showed me around the new exhibit on Doe’s 100 years in business at the Frazier Museum. And that’s quite a site — from the 1970s living room where we talked to a visually stunning array of bourbon bottles on the walls. Doe’s best-known clients are featured in the exhibit — but along with Makers Mark and Louisville Slugger you’ll see some ads for pickles you’ll remember.

Like Birnsteel, Sandra Perry made her mark in the big city before settling in as an innovator in Louisville. Perry operates Honest Home, a unique NuLu retail outlet catering to builders and consumers interested in green living. She’s got a big announcement this week with a new relationship with Rework, a Portland company that makes new furniture from recycled materials.

In the news, I have developed some opinions on things — like the guy who shot down a drone in his back yard, and how Matt Jones brought the house down at the Fancy Farm picnic, fresh off his appearance on this show last week. One thing, maybe the only thing, I like about Matt Bevin is his call for removing the Jefferson Davis statue at the Capitol in Frankfort, but of course a commission this week held a special vow and decided. . . to keep it there.

Plus, I’m joined by Paula to tell you all about my trip to N’Awlins to pick up my son, former Rusty guest Nike Redding. She tells us what it was like on the front row for Lyle Lovett, and how we coped with a few hours Tuesday without being able to use the phone.

All this, plus a great candidate for your workplace from Snelling Staffing, on this episode of the Rusty Satellite Show.