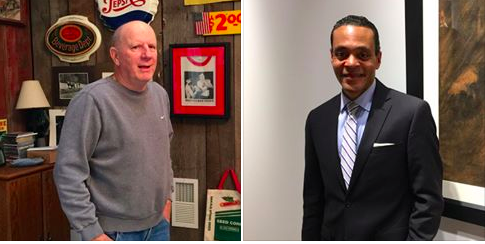 Two of the most interesting, and influential, people in the ‘Ville are featured in this special episode of the Rusty Satellite Show. First up is Donald Lassere, the president and CEO of the Ali Center. As you might imagine, he’s had a busy week (leading an immigration rally at the Ali Center’s amphitheater), month (heading up a series of events related to what would have been The Champ’s 75th birthday), and year (following Ali’s death last year). Lassere brings a first-class business background and education to the post he’s held since 2012, and explains that it’s a really exciting time for the Center.

Of course, if you lived in Louisville back when everybody read the daily newspaper, you know that Bob Hill is a local legend. His column was a must-read up until he left the paper eight years ago. But as you’ll hear, Hill has been anything but retiring since leaving daily journalism. These days he’s running the Hidden Hill Nursery, helping make the Waterfront Botanical Gardens a reality, and playing a major role in the Parklands project. And he lives in the same house in Utica, Ind. that he and his wife purchased back when he was a rookie at the C-J. He also finds time to post a lot of his thoughts in social media.

Both guests have strong opinions about the direction of the country under the current President, and tell me how dangerous some of his ideas are to America in general. Meanwhile, I tell you about my experience hearing the new Leader of the State House at a GLI event, hearing that his focus is on business, while reassuring sane people here that there will be no “bathroom bill” in Kentucky. And he made a great joke about Trump. Over at EatDrinkTalk, I can tell you there’s a slew of interesting stories, and the current podcast features Seviche chef Anthony Lamas, as interviewed by Steve Coomes. My talk with Dawn Bianconcini reveals a great fund-raiser coming up for Apron Inc. It’s all here in an outstanding podcast — the 187th episode of the Rusty Satellite Show.