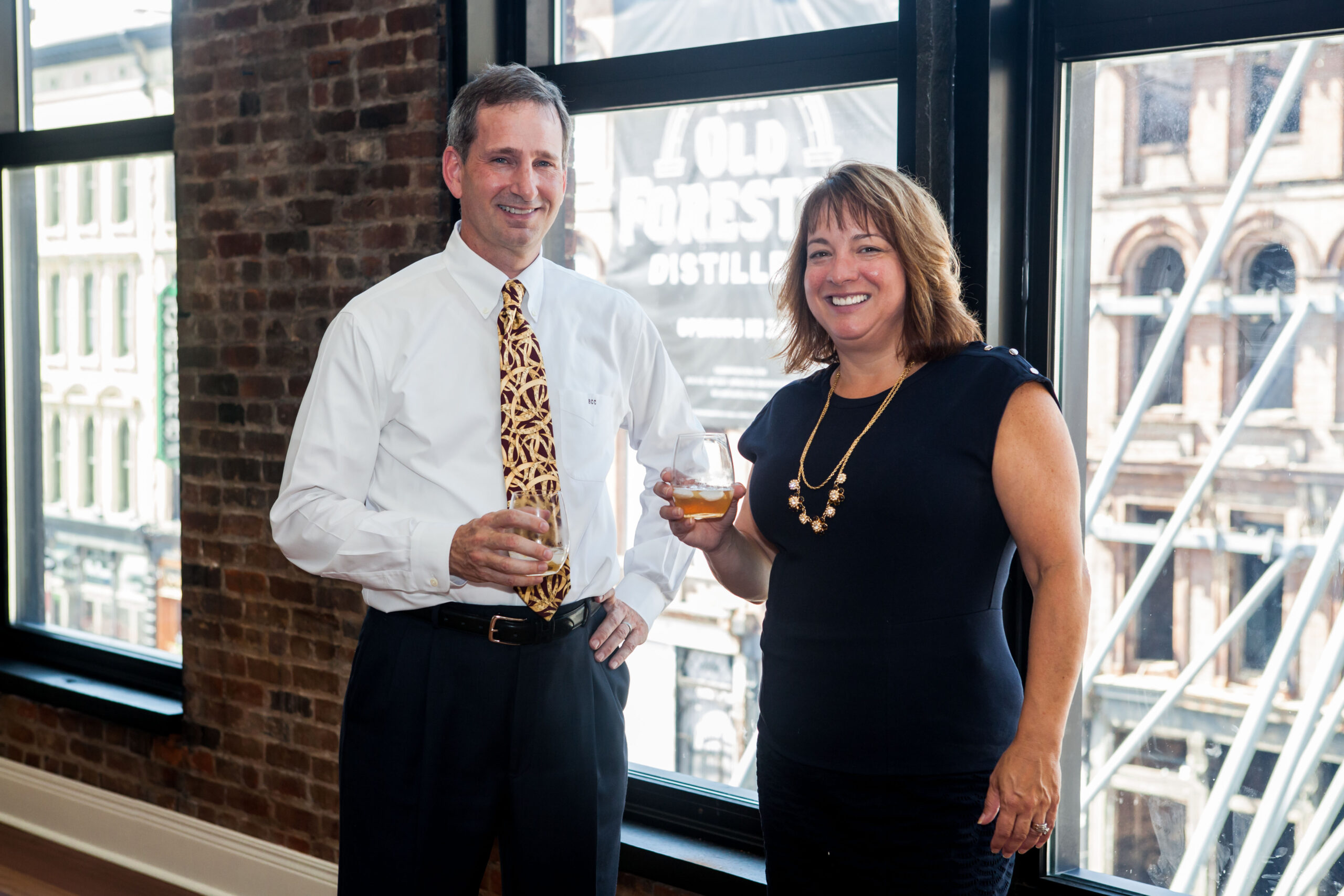 Two groups dedicated to socializing and drinking — those are my kind of clubs. This week the Whisky Chicks and Bourbon Brotherhood are teaming up for their second Bourbon Mixer. So I talked with the leaders of both groups – Linda Ruffenach and Bruce Corwin – to see what was up with that. The bonus was getting to see the spectacular space Linda has for her marketing company, Execuity, above the Impellizerri’s on Whiskey Row.

It’s been two years since WDRB-TV shook up local journalism by hiring reporters away from the Courier-Journal. I checked in with Chris Otts to see how that’s going, and to get some insight into some of the city’s most important business stories.

I’ll also tell you about my trip into another place and time — taking my three sons to Red River Gorge for a camping trip. Our favorite city got two great honors this week — we’re #7 on a list of Best Cities for Beer, and we earned a Silver City prize from the American League of Bicyclists. And there’s the Snelling Staffing Job of the Week – an LPN for a large physicians office. All that and more on the Rusty Satellite Show.