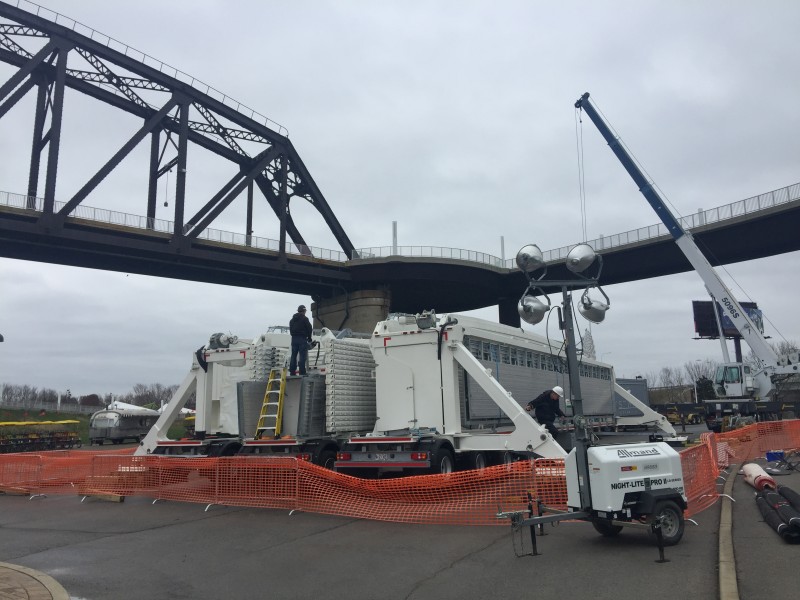 If you’re wondering who thought up the crazy idea of putting a ferris wheel in the middle of Waterfront Park, his name is Todd Schneider, and he’s the Bourbon City Guest of the Week on this episode of the Rusty Satellite Show. You’ll hear how the former real estate pro from St. Louis came up with the idea to build a business out of an amusement park ride.

We’ve been counting it down, and the premier of the re-launched Eat Drink Talk podcast is on deck for next week. I talk with my co-host for the show, Carolyn McLean, about the new venture, and then we give you a sampling of what’s in store on the new show. We’re talking about what the fuss is about speakeasies, why we’re not worried about the Hepatitis outbreak in restaurants, the new Falls City Beer taproom in Phoenix Hill, and speculate on the future of the Bambi Bar. And, also, we’re not buying into the Cat Cafe idea coming to the Highlands.

Carolyn also offers a review of the Pink concert at the Yum Center. And we didn’t miss a fascinating angle on the hiring of new basketball coach Chris Mack at U of L. That’s right, an assistant who’s likely to come with Mack is the son of actor Bill Murray, who is likely to see a few games at the Yum. Murray’s connection to Louisville? Much of the hilarious movie Stripes was filmed downtown.

There’s also an update on my progress with my Heuser Health optimization program, which is going amazingly well, and all the usual shenanigans on the most interesting podcast in the ‘Ville. Thanks to Passport Health Plan, the Louisville Convention and Visitors Bureau, and Heuser Health for making it all possible.