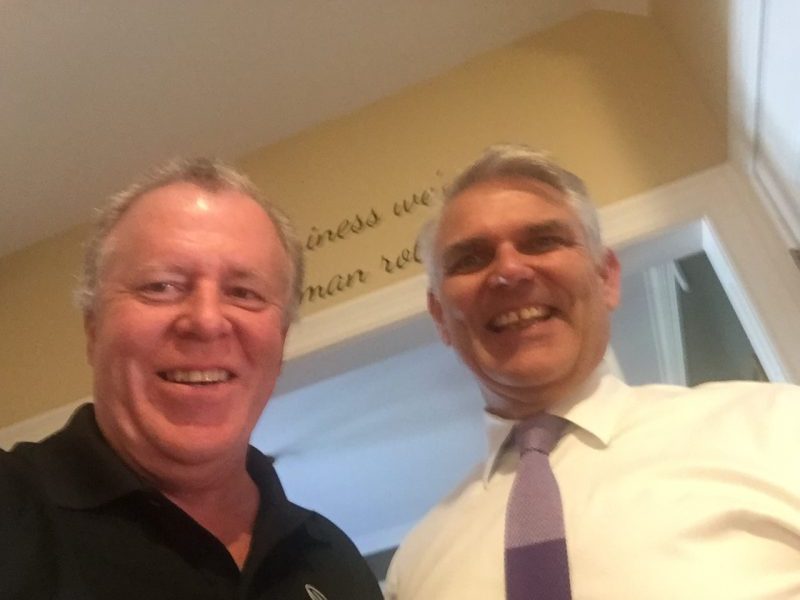 The show goes on the road — well, actually just to Crestwood — to find out about the area’s only internationally-acclaimed botanical garden. It’s called Yew Dell Gardens, and you probably know someone who’s been to a wedding there. Right next door is the Kentucky Artisan Distillery, where Liz Ratliff manages tours and promotes the place. It’s a contract distiller, and the place where they make Jefferson’s Reserve, among others.

And if you’re going out to Crestwood, it makes sense to visit the 3rd Turn Brewery as well. All three attractions are within walking distance of each other.

If all you know about Larry Wilder is that he was found passed out in a garbage can 10 years ago, you’re in for a treat when you hear how he’s rebounded from that tragedy to build his southern Indiana law practice. And you can listen in to hear a great love story in how he met his wife Teresa. I’ve written a story for Extol Magazine on Wilder, out this week.

Wilder has known John Schnatter since they were 10 years old, and Wilder says Schnatter is the most competitive person he’s ever met. So it’s no surprise that Papa John, the person, is not going away quietly from Papa John’s, the company. This week brought more bad news, as an earnings report revealed a 10 percent drop in sales in July, and an African-American group is calling for a pizza boycott.

On Monday, I went to the Bardstown Bourbon Company for the first time since attending its grand opening two years ago. The occasion was the opening of Bottle and Bond, a new restaurant that is a great reason to visit. Hear that interview at EatDrinkTalk.net.

The big news in town — the long-awaited opening of the Kentucky International Convention Center. From what I’ve heard, it’s spectacular.