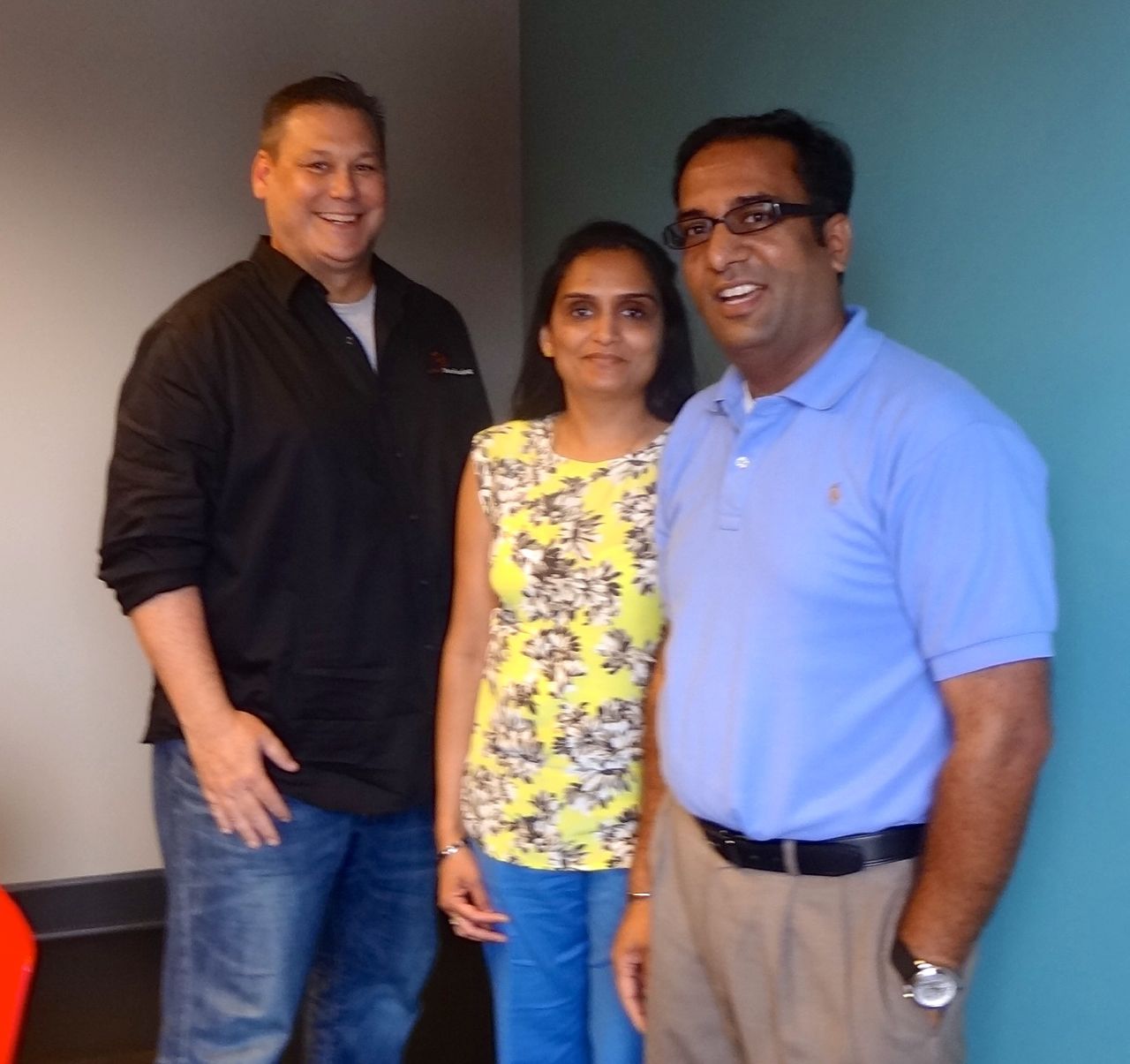 Those with short memories probably don’t remember the University of Kentucky having an All-SEC quarterback. But it was just 2007 when Andre Woodson was leading the Cats to back-to-back Music City Bowl appearances. Andre has finished his football career and moved back to town. He’s doing public relations work for Amazon in southern Indiana, and more importantly is taking his role as a new father on with enthusiasm. His 2-year-old son is doing great now, but Andre III was born premature. Listen to Andre’s story of how the March of Dimes helped him and his wife and son through a challenging time. You’ll also hear how he’s leading the crusade for awareness as the Kentucky Family of the Year for the March of Dimes. Their annual walk is Saturday at Waterfront Park.
Do you like Chai Tea Latte? It’s my drink of choice when I go to coffee shops, and now I know a lot more about it thanks to Sam and Amy Patel. They came up with an idea to bottle the product and it’s just reached store shelves. Hear the story of how the recipe was passed down from Amy’s father in India, and how Jeff Stum’s Spicewood Branding plans to market it.
In other post-Derby news, the GOP Republican primary got a lot more interesting this week as the C-J published allegations made by a woman who used to date Agriculture Commissioner James Comer at WKU. They’re starting to drug test students at Trinity High School, an idea that I think should be adopted by university athletic departments. And some prominent and historical locales are in the news — Colonial Gardens, Kaelin’s and Jim Porter’s. Hear all about it in Rusty Satellite Show #96. Thanks for listening.