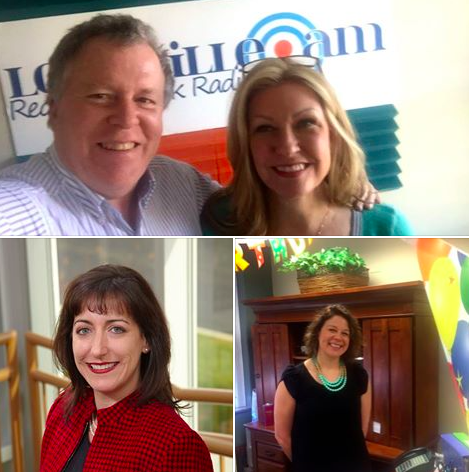 Back in 2013, when the Rusty Satellite Show was just getting started, I asked a big favor from Diane Williamson, who has made a career for herself as a radio and TV personality and premier voice talent. And yes, she agreed to record a voice-over for the show, one that you still hear in today’s version. Diane was a guest on show #7, and is back to compare notes on what we’ve both done since then.

My first guest operates the city’s only Flamenco Dance Studio, and when I visited her in Clifton I learned about her fascinating career in the arts, and her equally amazing business career. Listen in to hear how she’s helping revitalize the Shelby Park neighborhood by helping move Kremer Studios there.

At Kosair Charities, Erin Fowler is a young VP who coordinates more than 60 events a year from her office on Eastern Parkway. On my visit, we discuss Kosair’s impact in the community and I learn how many of those “Silent Messenger” statues there are around town.

It’s all in an action-packed Rusty Satellite Show. Download it now.