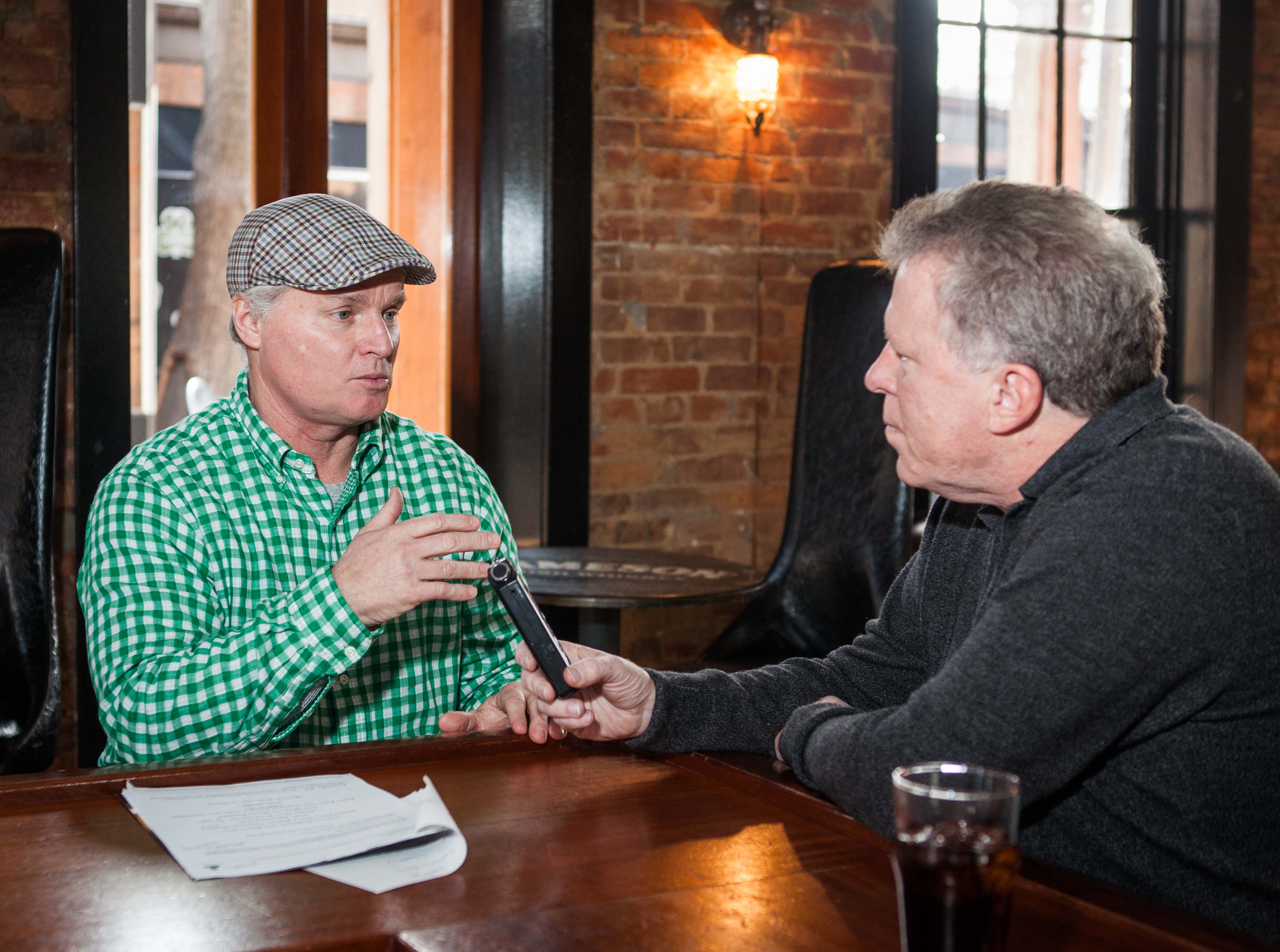 You can learn a lot of local history talking with Tommy O’Shea, which is what I did at the Carriage House in back of O’Shea’s Pub in the Highlands. Tommy’s a great ambassador for the Highlands who talks about the big chance he took in buying a property downtown next to the Yum! Center — before there was a Yum! Center. He’s hosting the Cocktails with Champions event next Wednesday.

Kirby Adams came to Louisville from Seattle for a one-year assignment — or so she thought at the time. A couple of decades later, she’s put Louisville Tonight Live in the rearview mirror and covers entertainment news for the Courier-Journal. And she’s co-hosting the area’s biggest Oscar party at Copper and Kings on Sunday for the Louisville Film Society.

In the news — I share my opinion on Mitch McConnell’s obstructionist efforts to block the nomination of a Supreme Court justice, and I’m seeing a lot of smart folks raising the alarm that Donald Trump could become president. At U of L, they’re dealing with yet another sex scandal involving a Trustee and an ex-football coach. But at least it’s almost March, and there’s plenty of big events to look forward to. It’s all on this 138th Rusty Satellite Show.