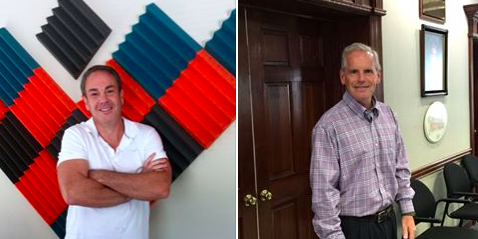 For the first time in 23 years, I walked in the doors at 1000 N. Hurstbourne Parkway, official HQ of the Building Industry Association. One long-time employee remembered me with red hair. That is, of course, long gone, but one of my former associates is now the group’s Executive Director. Pat Durham, who was a big part of the organization’s marketing efforts when I was there, brings a new energy to the top spot. This week, he’s busy hosting a record-setting Homearama (at Norton Commons and Bullitt County’s River Crest) that includes about 40 new homes.

Jerry Deaton knows eastern Kentucky, and has written two books about life in the mountains. But he’s also produced a new documentary on one of eastern Kentucky’s legendary figures — Harry Caudill — that’s premiering at the Flyover Film Festival. I talked with Jerry about Caudill’s push against the coal industry and his memorable book on the poor that got the attention of presidents Kennedy and Johnson. Deaton, a former lobbyist in Frankfort, offers up some opinions on the politics of today.

There’s plenty of other news in the city, but everyone seems to be talking about the GOP Convention in Cleveland. I stand with the smart people of America in opposing the candidacy of Donald Trump, and even put out a Facebook invite to find a Trump supporter to have as a guest. But I got an underwhelming response. Maybe next week. Meanwhile, there’s plenty of news about media, sports and of course food and dining from our sister site — EatDrinkTalk.net.