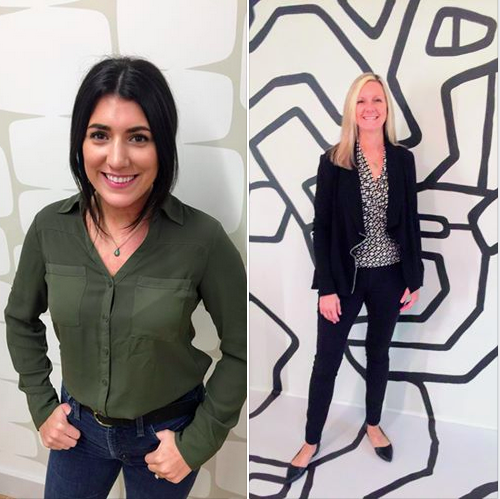 There’s a whole lotta Thankin’ going on around here at the REMAX Properties East studio. For the 334th episode of the Rusty Satellite Show, I  made a return visit to Story Louisville on Main Street to meet Hannah Estes, co-founder of Level Up and lead singer of Bourbon Straights, a local band you can hear at Gerstle’s Saturday. Estes is an entrepreneur who tried corporate life after graduating from U of L, and discovered it wasn’t for her.

She can’t remember a time when she wasn’t singing, so I asked her to belt out a special jingle for the show. I think you’ll like it.

A few blocks away, on Whiskey Row, I discovered the ultra-cool office space for digital marketing firm Mightily. You may remember my interview in 2014 with Pip Pullen, with whom Lesa Seibert partnered back then. Now the firm has 37 employees scattered throughout the 2nd floor of their impressive space. Lesa, who goes back years with Gov.-elect Andy Beshear, tells me what she’s doing on the transition team, but says she doesn’t know yet how she’ll celebrate the inauguration Dec. 10.

Speaking of which, we’re looking forward to the day we don’t have Matt Bevin and John Schnatter to kick around the news anymore. Bevin, the sore loser, isn’t likely to go quietly into the night, nor is Schnatter, who gave an interview to WDRB this week. The most tweeted line in there was that he’d eaten 40 pizzas in 30 days.

Of course I’m giving thanks for the important people in my life — and I hope you’re spending time with someone special this holiday. And a thank you to the Eye Care Institute, Heuser Health and REMAX Properties East for making the show happen. I’ll be back with two more of the most interesting people in the ‘Ville next week.