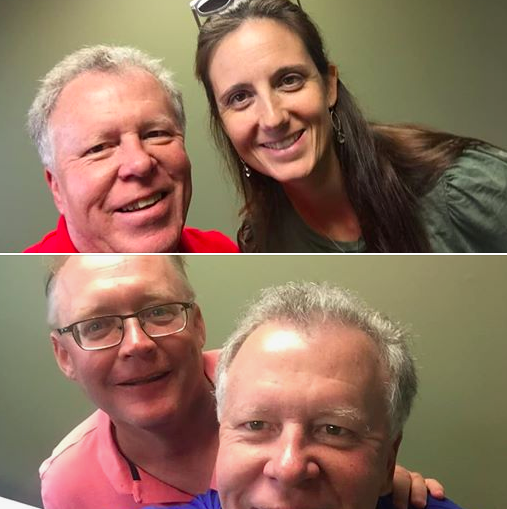 Perhaps the most serious issue in our society today is how to deal with gun violence. Mass shootings like the ones in El Paso and Dayton bring the issue back to the nation’s front pages on a regular basis. Almost a year ago, Whitney Austin drove from her home in Louisville to Cincinnati on a routine business trip. But on that morning, she walked into the middle of a mass shooting. Here on the Rusty Satellite Show, she tells the remarkable story of how she survived, and how the event changed the course of her life.

Mark your calendar for Sept. 10, as Whitney will be our speaker at the Breakfast of Champions event at the University Club.

Expert advice on finance is hard to come by for millenials, so Randy Raque stopped in to the REMAX Properties East studio to talk about the steps they should take before applying for their first mortgage. Randy is the VP and founder of Swan Financial, one of the largest mortgage companies in the region. He also shares some expertise on what you can expect interest rates to do in what could be a slowing of the economy.

Stories from the State Fair are dominating local headlines, starting with an incident last weekend in which hundreds of people panicked as the result of firecrackers being set off by some dumb young people. It prompted the Fair to restrict access by unaccompanied kids. And Gov. Bevin, when he wasn’t insulting teachers on the radio, was pictured walking around the Fair in a Trump jackeet. Of course, Trump was in town doing a fund-raiser for Bevin’s re-election campaign. And this week you’ll hear about the Kentucky Farm Bureau’s Ham Breakfast, but maybe not about the organization’s discriminatory policies.

It’s all right here on the city’s longest-running and most interesting podcast, the Rusty Satellite Show, which this week features a new commercial voiced by Bob Sokoler, Let me know what you think at 502-439-6391. Also a big thank you to our sponsors — the Eye Care Institute, Passport Health Plan, REMAX Properties East and Heuser Health.