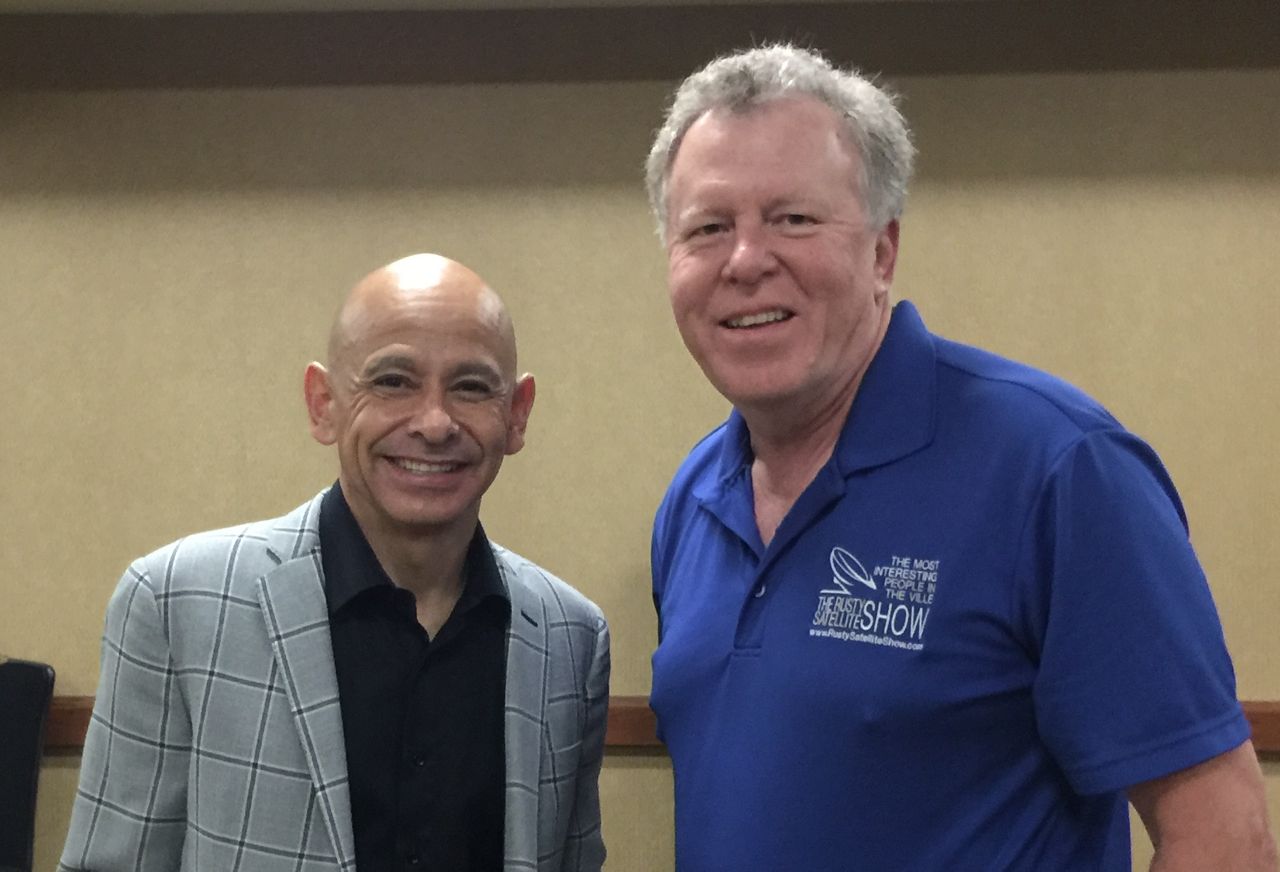 Big news! Today is the first podcast recorded in the new Louisville.AM/Rusty Satellite headquarters in Plainview, at the home of RE/MAX Properties East. You’ll hear more about that in coming weeks, but for now it’s. . .

Happy Derby, y’all. It is time for tradition, the city’s longest-running and most interesting independent podcast is on board with Derby Fever. That started with a trip to the backside Wednesday morning, where I ran into former WHAS-TV anchor and Derby enthusiast/handicapper Garry Roedemeier. We talked about his days anchoring the station’s all-day broadcast, and his pick for the Derby, Omaha Beach, which was to be ridden by my other guest, jockey Mike E. Smith.

Then bad luck intervened. Wednesday, after the podcast was completed, we learned that Omaha Beach was scratched from the race for a medical problem. That’s undoubtedly disappointing news for Smith, who chose to ride Omaha Beach over another top contender, Roadster. But as you’ll hear in this awesome interview, Smith is doing quite nicely these days. He won the Triple Crown on Justify last year, and in January got married. And he gets to be a bit picky about how much and what horses he rides, which usually means he’s aboard a favorite.

Now that his Derby mount is scratched, let’s hope Smith does well in the Oaks with Motion Emotion, a 15-1 shot.

It’s the first Derby without the presence of Churchill Downs’ best-ever ambassador, John Asher, who died last summer. The tributes include the re-naming of part of Central Avenue in his honor, and a portrait of Asher now hangs in the press office.

One political Derby note — I hate seeing Matt Bevin in the middle of the Derby Winners Circle — because we all know he doesn’t like Louisville, our teachers and most of all, gambling. He was recently named the last popular governor in the nation, and Esquire magazine called him a moron.

But let’s forget about all that for a few days and enjoy the best week of the year here in Louisville, Kentucky. Thanks to Passport Health Plan, Focus Physical Therapy, Heuser Health and the Eye Care Institute for sponsoring the show. 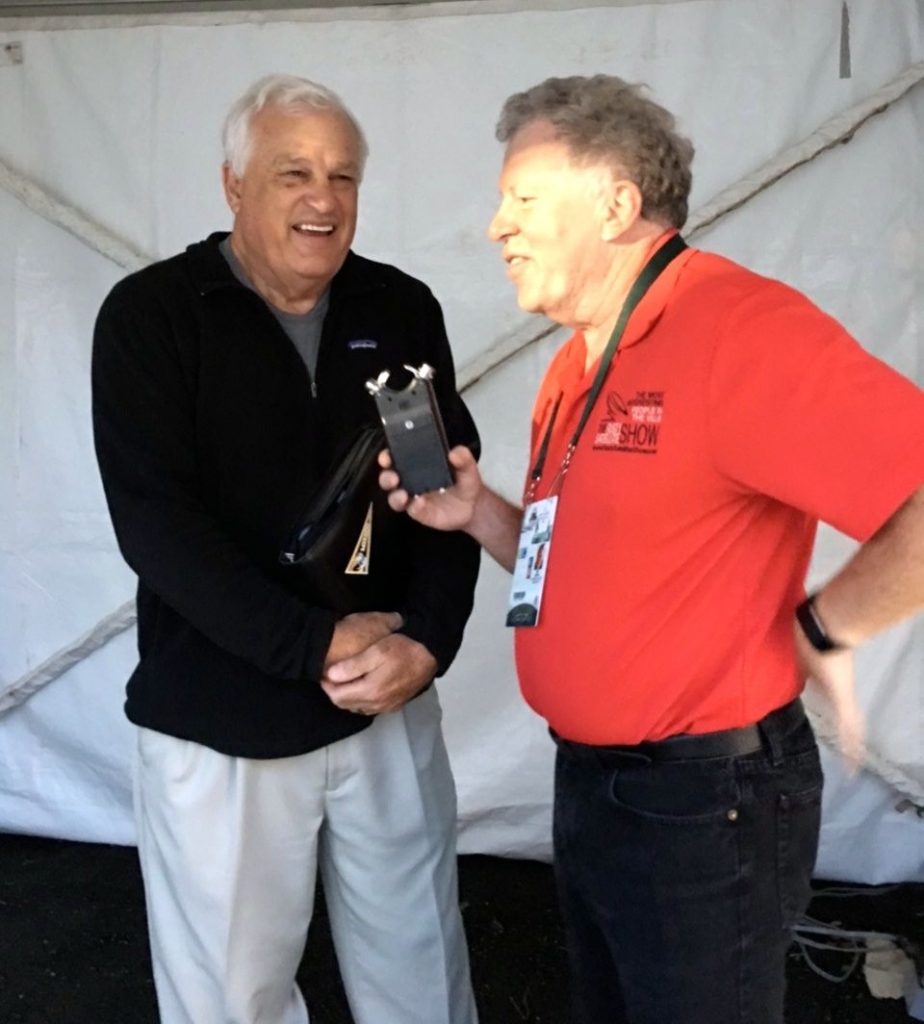 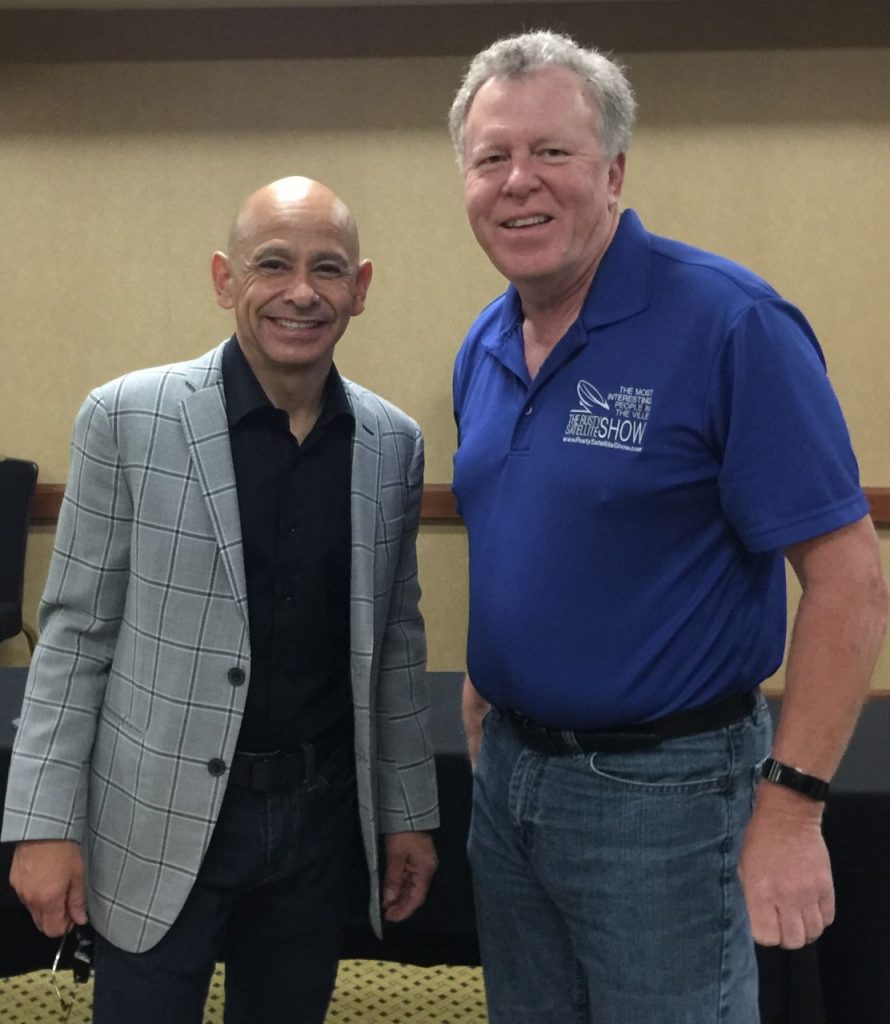