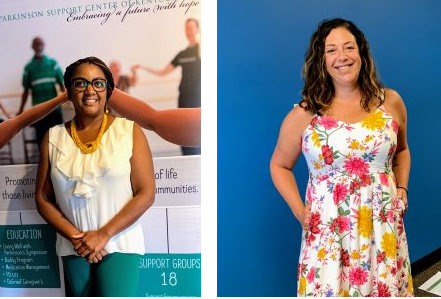 Imagine you run an organization that must fulfill its mission, pay its expenses and make payroll with money raised at a handful of fund-raising events each year. And then there’s a pandemic, and those events cease to exist. That’s what’s happening in the ‘Ville for dozens of non-profit organizations, whose livelihood depends on holding events at which they charge hefty prices for generous folks to show their support for various causes.

This week’s Rusty Satellite Show shines a light on two of those organizations making the best of it by coming up with new ways to stage those events. Kim Hales of the Make-A-Wish Foundation and Erika Branch of the Parkinson Support Center haven’t seen much of the inside of their offices, or the faces of their staff, since the world changed in March. Both mothers with kids at home, the two women are blazing a trail for non-profits, with events scheduled in the next month or so. They’re hoping regular donors will get behind the events and that they’ll be able to continue granting wishes to kids and giving patients a place to socialize and exercise.

I continue to be perplexed by these people who are defiant about not wearing masks in public. Common senses — that doing so protects themselves an others from potential spread of the disease — just doesn’t get through to the thick-skulled. Making safety a political issue is equally non-sensical, but it’s easy to see which party is intent on spreading the virus by ignoring health officials. That Louisville City FC match last Sunday seemed to go off without a hitch, and they’ve got another one scheduled for Saturday. But I don’t expect college football to have such an easy time getting started.

For those in real estate, a shortage of available inventory persists. Just under 1,900 properties are for sale today, according to the MLS, at a time when you would expect more than 3,000. So it’s a great time to sell. And with interest rates still low, it’s a great time to buy. This Sunday I’ll be at 3529 Hardwood Forest Dtive in the South End. Come on out and see this spectacular home.

Thanks to the Eye Care Institute, which is running a special on LASIK through July 31, and to Heuser Health for sponsoring the most interesting podcast in the ‘Ville.