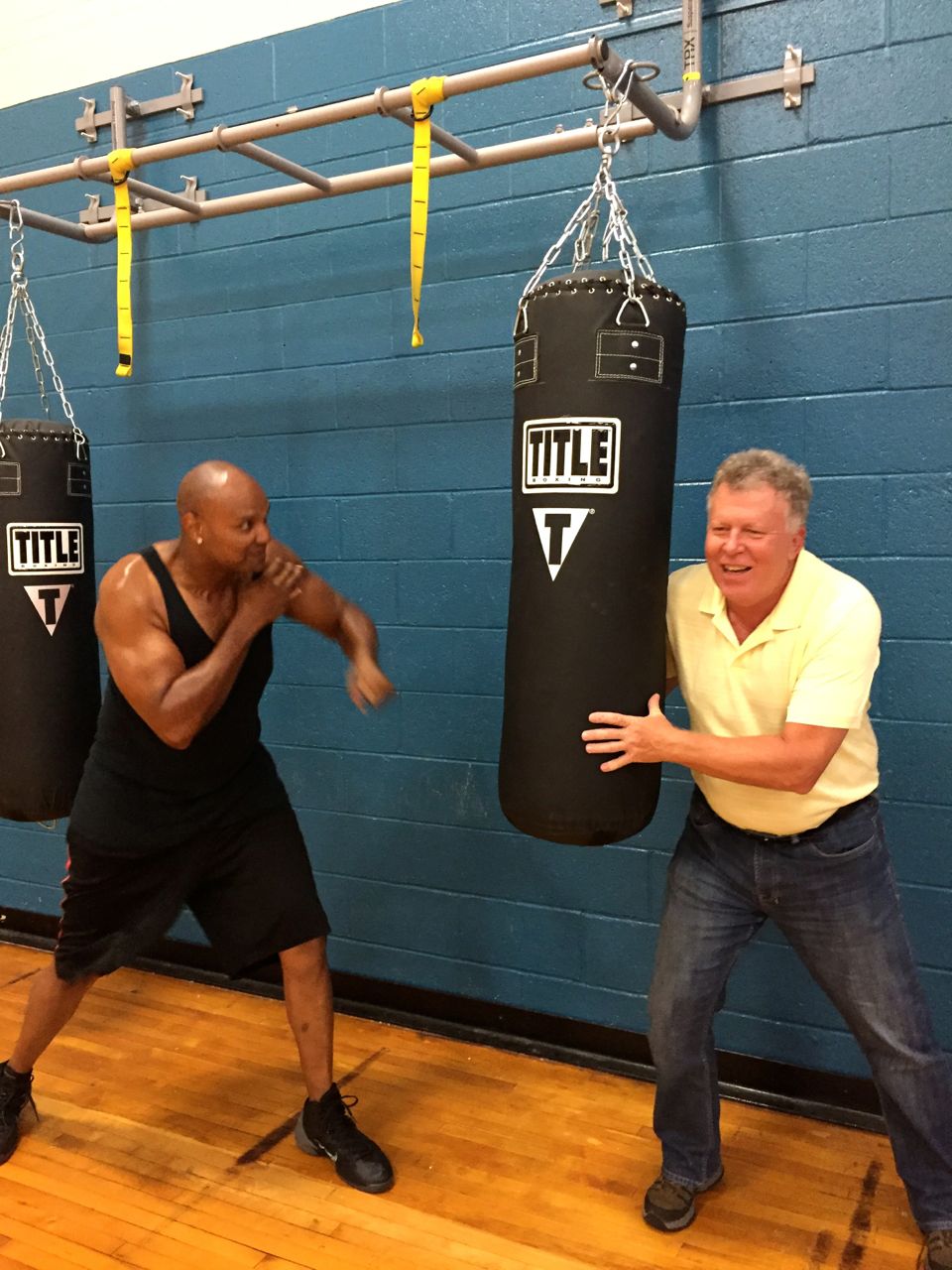 Rusty welcomes a couple of legends to the show this week, starting with Ibn Ali, nephew of the Champ. He’s back in town and teaching boxing at the Jewish Community Center. And to talk with him, you can tell he spent time with his famous uncle. Ibn is confident, loud, brash and a poet.

Tom Sobel and I met at a golf event at Standard Country Club, where we played as a team. I knew after hearing a different funny story on every hole that I wanted to have him on the show. Sobel is the comedy pioneer who has been producing shows and representing talent for four decades, and he’s collected some great stories.

On Tuesday, I attended a special media dinner at Mesa Collaborative Kitchen in New Albany, featuring Chef David Danielson, and it was spectacular. Watermelon, lobster, cannelloni were just the highlights, held in a beautiful new space that just opened. Also, i bought a new car and tell you about the experience.

There’s plenty more local history in my talk with Tom Sobel, so be sure and tune in to this special episode of the Rusty Satellite Show.