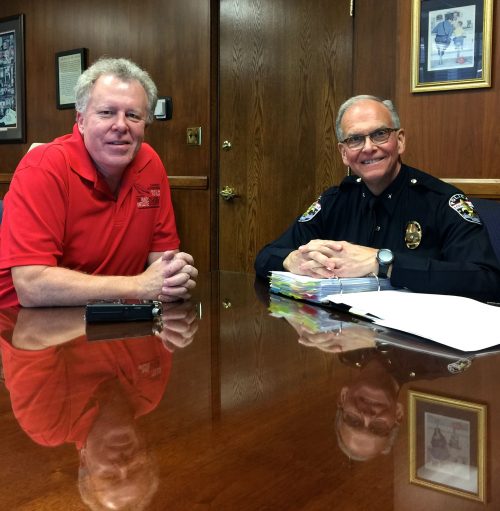 We’re off with the Kentucky Derby Festival, which generally puts everyone around here in a better mood. I’ve got a new physical therapy routine to tell you about, and a bunch of interesting news items, including Adam Edelen’s call for the decriminalization of marijuana.

Idris Goodwin’s has a great job as director of Stage One Children’s Theatre, and he’s known as an “acclaimed playwright, rapper, essayist and poet.” And you’ll hear about his big plans for Stage One’s new season.

Police Chief Steve Conrad takes plenty of heat from politicians and citizens, but listen to this interview and you’ll hear that he’s just a nice guy with a tough job. And amidst all the mentions of his name associated with shootings and crime, he’s actually helped reduce violent crime and shootings during his tenure. Hear about that and how he thinks he’ll handle budget cuts.