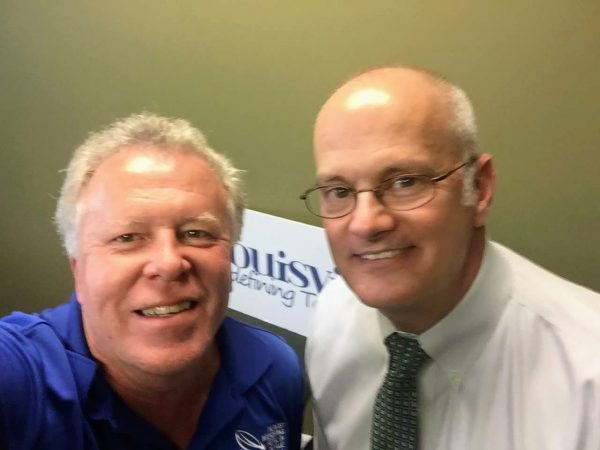 This week’s most interesting people in the ‘Ville have done some things, and are getting even more accomplished in their new positions.

As a sound engineer, Joe Hayden mixed records by country music’s biggest stars in Nashville. As a professional pilot, he flew politicians around the state. When he came home and entered the real estate business, he led one of the city’s most successful teams and built a strong web presence by authoring thousands of blog posts. And now Hayden has taken over at principal broker at one of the city’s most successful firms — REMAX Properties East. You can hear his whole story, and get some tips on home buying, in our interview.

Just a few years ago, young and energetic Amanda Bates got a cool new job — overseeing local relationships for the much-publicized installation of Google Fiber. We all know how that turned out, right? When Google gave up on Louisville, Bates could have moved on with the giant company. But she chose to stay in Louisville, and found work that’s just as exciting. Bates is Executive Director of Wild Accelerator, a startup that helps female-founded firms get going with donations of services, such as graphic arts and legal services. On October 17, it unveils six new firms it will help on its Demo Night, taking place at its home space at Story Louisville.

Are you still renting? Listen in as I tell you about a new program that can make you a homeowner, taking you step-by-step through the buying process, and rewards you with a $500 gift card at your closing. Call me at 502-439-6391.

In the news, I learned that Joe Ley Antiques is auctioning off all that stuff inside its massive building in NuLu. The legendary operation is closing down as its founder cited health concerns. There was a gubernatorial debate this week, and with a few weeks to go the race is a dead heat, which shows that unpopular incumbent Matt Bevin has made up some ground. Still, I think he’s the least likable politician we’ve ever seen around here. Also, John Schnatter got his name on a stadium — after giving half a million bucks to his high school in Jeffersonville.

And finally, all those orange-clad folks walking around town this week are here for a reason — to watch their Clemson Tigers beat up on the home team at Cardinal (formerly Papa John’s) Stadium. So be nice to the visitors.