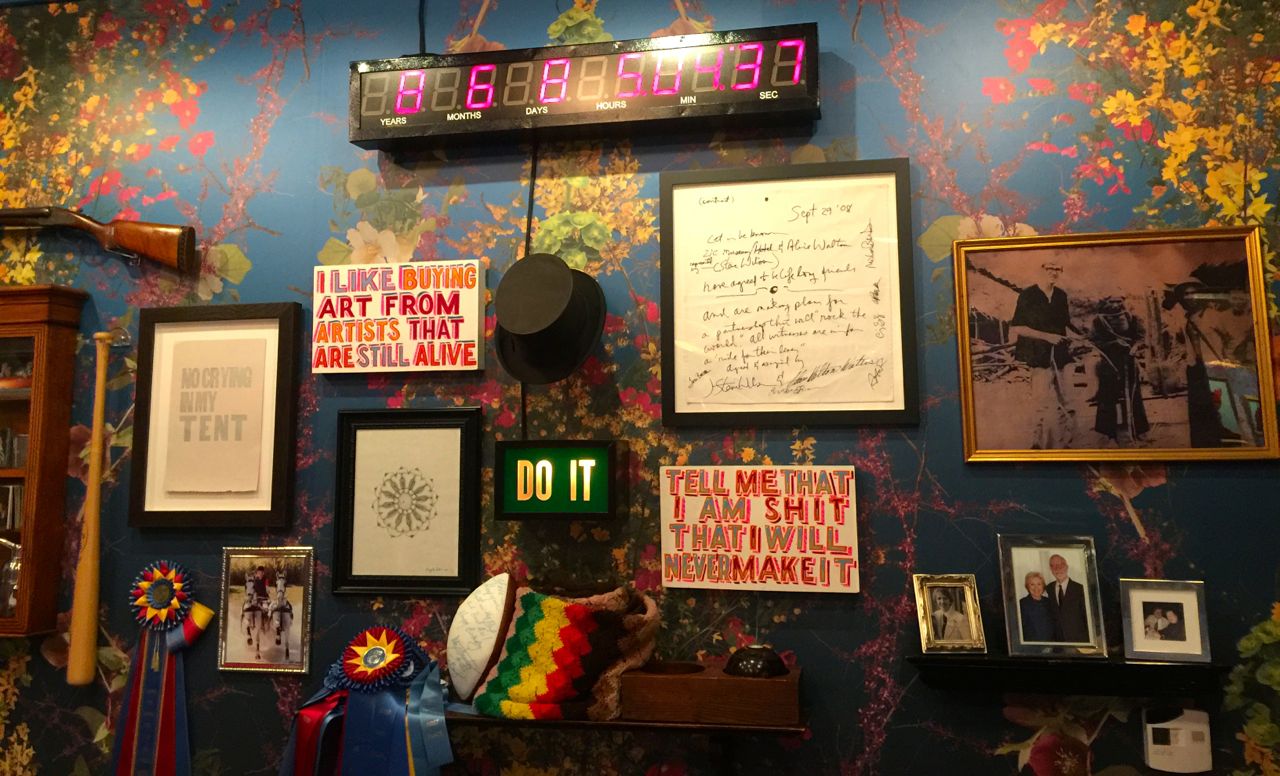 Welcome to the 318th episode of the city’s longest-running and most interesting podcast –where this week I went on location to a couple of pretty remarkable and impressive locales.

First I met 36-year-old executive chef Jonathan Searle in a private room at Proof on Main, which features a clock that counts down founder Steve Wilson’s life expectancy (he’s got more than eight years left). We talked about Searle’s rise from his start as a chef in Lexington to his new assignment at one of the city’s most prestigious dining spots. Searle, wearing a Bernie Sanders hat, brings tons of energy to his new post. On Aug. 8, he’s invited several chefs to participate in the city’s first No Kid Hungry Dinner, for which you can still get tickets and go.

At the Glasscock home on Upper River Road, I walked into a living room plush with horse-related history. Ed, the city’s famed attorney and civic booster, showed me trophies galore, including a replica of Justify’s Kentucky Derby win. While Ed handles the family’s interest in thorooughbreds, I was interested in talking with his wife Mary F., who has been involved in saddlebred competitions since she was a little girl. We discussed the World Championship Horse Show coming to Freedom Hall Aug. 17.

Back at the REMAX Properties East studio, I noticed that two big openings are on the horizon on the local restaurant scene. First, the old Bistro 1860 at Mellwood and Brownsboro is now Hearth on Mellwood, featuring a new paint job and a totally revamped menu from the couple who brought you the popular Chicken N’ Me up the street. And on Frankfort Ave., my friend Dan Borsch has opened Mellwood Tavern, with a similar menu to that of the Old Louisville Tavern he operates. The kitchen will be open late.

It’s the last week for Insider Louisville, and David Jones Jr. bids farewell with a piece that explains the simple truth — journalism, as a business, doesn’t pay. Let’s hope that the C-J, Louisville Public Media  and Business First step up their game in local media.

In real estate, mortgage rates have dropped to their lowest level in several years, offsetting an unusual rise in home prices as a seller’s market continues. Call me, Rick Redding, for information on selling your home or buying a new one, because the time is right. I’m at 502-439-6391.

Thanks also to REMAX Properties East, Passport Health Plan, Heuser Health and the Eye Care Institute for their support of the Rusty Satellite Show.