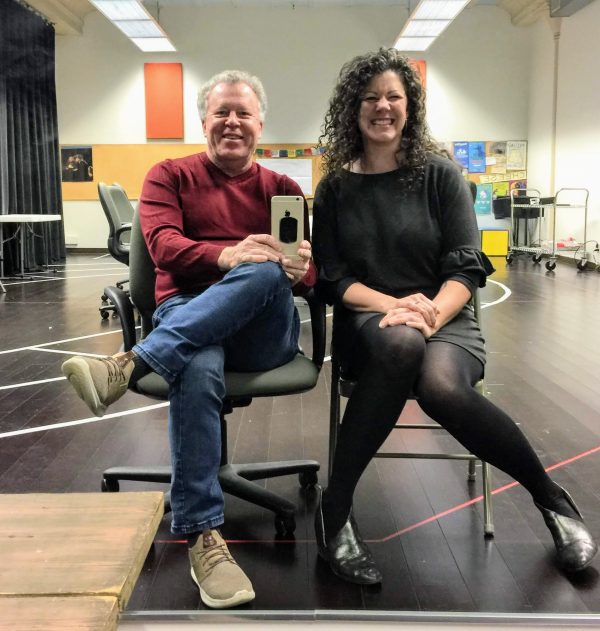 Kentucky is a little bit of a nicer place today, don’t you think? Gov. Andy Beshear took over Tuesday night, following a final show of pettiness by Matt Bevin. Beshear immediately started undoing some of Bevin’s worst acts, starting by replacing the Board of Education, which will mean the end of unqualified Commissioner Wayne Lewis’ tenure.

But the Rusty Satellite Show is all about highlighting the good qualities of some of our most interesting individuals, and we start this week with Kate Folkins, the new general manager at Stage One. It’s a lively conversation about her journey here, starting in Mississippi, with stops in St. Louis and other cities before settling in Denver. You’ll hear what made her move and all about her fascinating job at Stage One.

Those with long media memories may recall Debra Locker Griffin as a reporter at WLKY-TV, but today she’s helping small business entrepreneurs build their image. After spending several years promoting businesses in the world of spas, she’s back in Louisville. We discuss our mutual history at Host Communications and other interesting topics.

Amidst all the news from Frankfort, the Courier-Journal reported an astounding number of 16 to 24 year olds in Louisville are neither in school nor working. It’s a disturbing study on a class of people not doing well.

I’m preparing for some down time after my Dec. 23 surgery, and started searching for things to watch on TV — and came across the incredibly funny Billy on the Street. I also recommend a book by Malcolm Gladwell.

The show comes to you from the ReMax Properties East studio, and is sponsored by the Eye Care Institute and Heuser Health. If you’re in the market to buy or sell your home, call me at 502-439-6391.