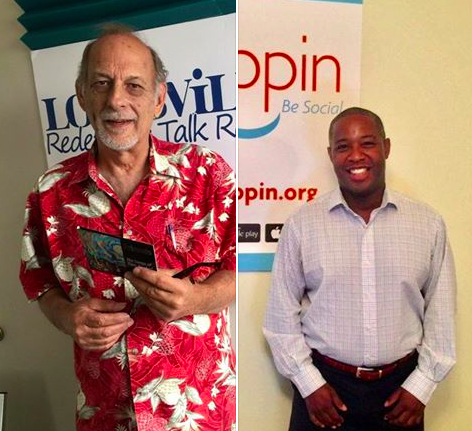 It’s an exciting week at the Rusty Satellite Show as I welcome in two of the city’s most interesting people. First up is Steve Eilers, a local musician and close friend of the late, great Tim Krekel. This Saturday at Saints Steve and more than a dozen other musicians will host a CD release party. The CD is a tribute to Krekel’s music, performed by his friends, available to the public for the first time. Listen in as Eilers recounts the making of the songs eight years ago after Tim requested Steve start the project just weeks before his death.

Pai Charasika’s enthusiasm is a sure selling point for Sippin, a new app designed to help you find some new friends with similar interests. Pai says the new company’s special sauce is an algorithm that helps match people, though he’s quick to remind me that it’s not a dating thing.

Also on the show, I tell you about my son Luke’s interest in the news, how nationally-renowned singer Bryson Tiller (a fellow Iroquois HIgh grad) is giving back to his hometown, and news that the city is getting a new Dave & Buster’s. Also, you can hear about the surprising recruit for U of L basketball, and how the baseball team could earn another College World Series trip at Patterson Stadium this weekend.

Please join me for an exciting Rusty Satellite Show.