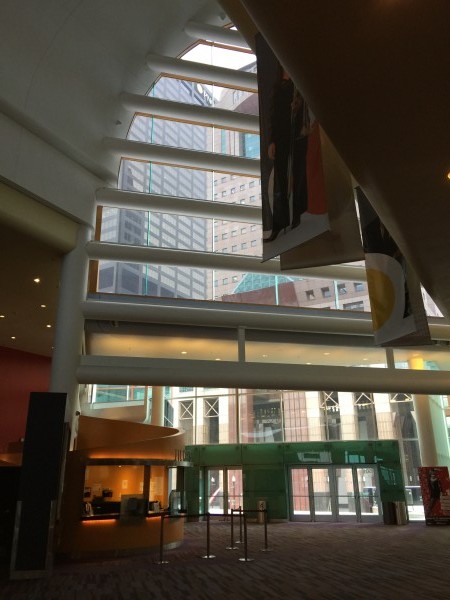 Rusty welcomes Carolyn McLean into the studio as guest co-host, and she brought a bottle of wine. So she’s definitely going to be invited back. We teased a potential new project and blasted local school officials for calling off classes for the third day in a row.

My second guest, Laura Wallace, was once referred to as the “Oh Shit” girl. That means that, as the city’s only independent concierge, she can save you if you forget an anniversary or need to impress a client at the last minute. She’s also one of the city’s biggest boosters, and comes armed with some interesting stories from her eight years as an entrepreneur.

Julie Roberts was named Director of Development for the Kentucky Center for the Arts last summer, and dived right in to expanding the organization’s footprint, including the upcoming Paristown Pointe project off East Broadway. We talk about the potential effect of Gov. Bevin’s announcement that he’s planning to cut the state’s contribution to the non-profit, along with dozens of other organizations.

I have an update on my ongoing feud over short-term rentals in Jeffersontown, and Carolyn and I have the lowdown on some local media developments, as well as our experiences at a few additions to the local dining scene.

It’s all here in the 237th consecutive weekly episode of the Rusty Satellite Show, brought to you by Passport Health Plan and Platinum Panel.