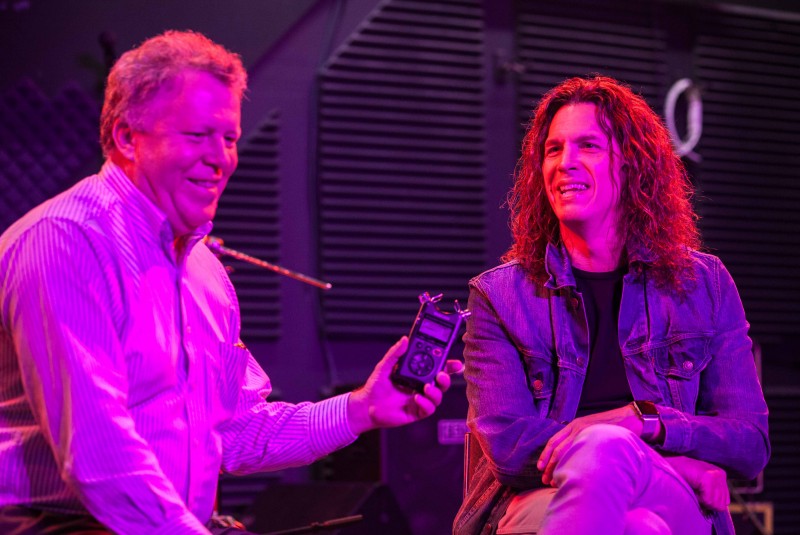 This 199th episode of the city’s most interesting podcast feature two guys named Mark — one who is making a historic business move by bringing his 500 employees to 18th and Broadway, and the other is the energetic leader of the Louisville Crashers.

Mark Carter’s surprise announcement two weeks ago that Passport is purchasing land at 18th and Broadway for a new headquarters was met with joyous reactions from Mayor Fischer and West End leaders who have seen disappointment in the past. When the prominent spot was rejected by Walmart last year, it was a blow not only to  the city’s economy, but to its psyche as well. Thanks to Passport’s planned move, however, the talk is about the expected new businesses that will be created there. Carter was praised by politicians and clergy alike, and you’ll want to hear his reaction.

At Maxwell’s Music in Jeffersonville, tucked into a strip shopping center, the first thing you notice are the colorful pianos lining the outdoor courtyard. Insider, it’s a musician’s dream, with private teaching areas, a full stage and themed rooms for instruments. But Mark Maxwell’s claim to fame is the success of the Louisville Crashers, considered the city’s top party band. The Crashers will be playing at Central Park in Old Louisville Friday, and have a full Derby Week itinerary, including backing up marquee stars at Unbridled Eve, the swankiest Derby Eve party of them all.

There’s plenty more great talk in this episode, including news about restaurant openings from EatDrinkTalk.net, and a look at what some Rusty Satellite Show alumni are doing to make news. And next week, to celebrate our 200th show, I’ll have Mayor Greg Fischer on as my guest. So thanks for listening to this most interesting episode of the Rusty Satellite Show.