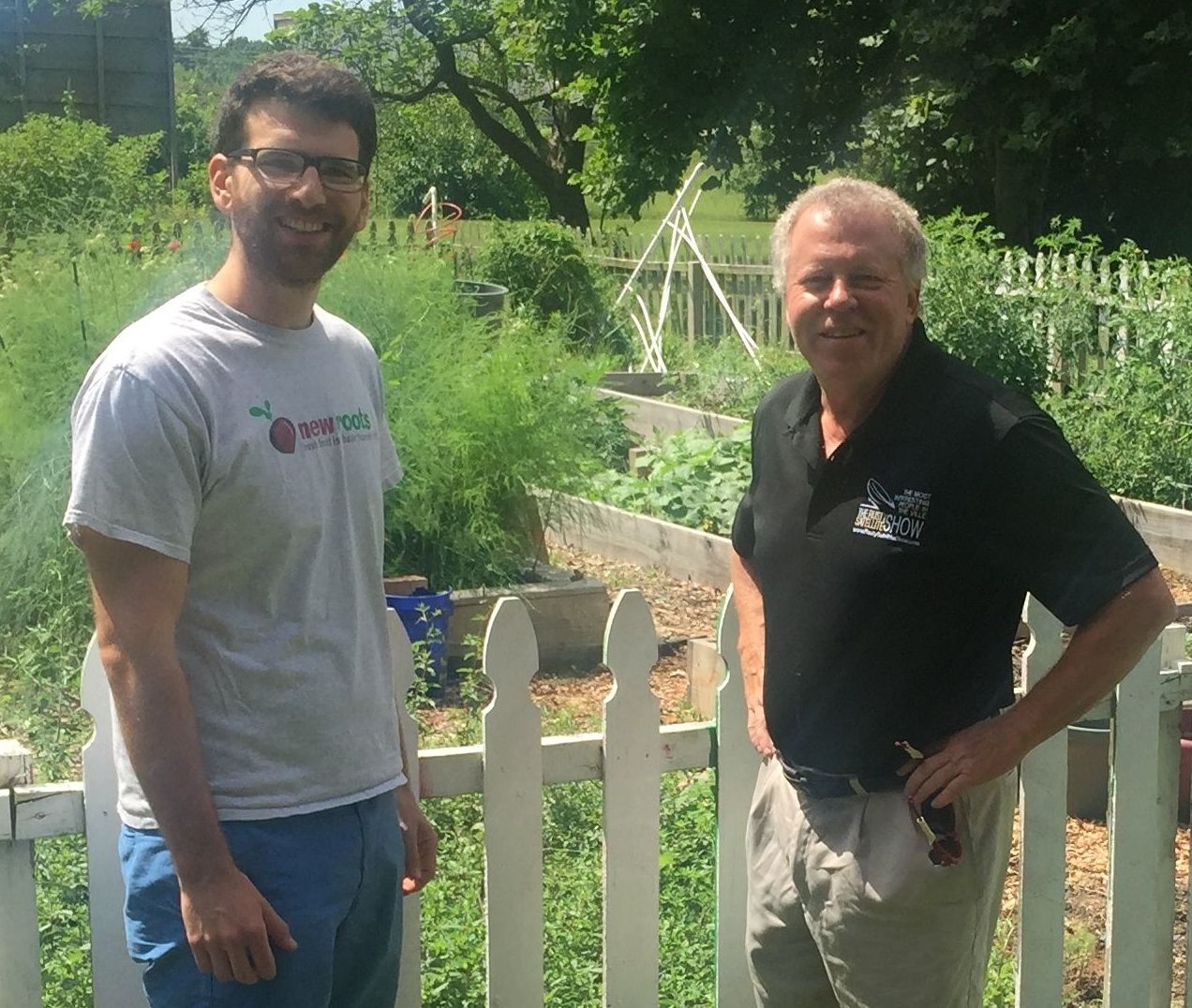 The Rusty Satellite Show had another exciting week in the ‘Ville, and invites a couple of the show’s younger guests to talk about their own ambitious projects.

At 27, Michael Fraade is two years into his Louisville adventure, running the Jewish outdoor, food, and environmental education (JOFEE) program at the Jewish Community Center. That includes overseeing a garden, teach young people about food and nutrition, and managing the Center’s Fresh Stop Market. Next Wednesday, he’s in charge of the Center’s Farm to Table Dinner, which includes local chefs from the Mayan Cafe, Flavaville and Monnik.

Our Bourbon City Guest of the Week is Russell Goodwin, a product of Manual High School who played football at UK. Later he earned a Masters degree at Bellarmine, and has moved up the ranks to Director of Marketing at TARC. Goodwin explains TARC’s latest cool ride — the Lou Lift. It’s great for getting around downtown, for free. Find out where the new buses go in the interview.

The news bomb, the one whose remnants we will be discussing for a long time, happened late last week when Forbes reported John Schnatter’s use of the N-word in a training exercise. The dominoes are still falling as everyone is distancing themselves from association with Schnatter. While the pizza king is not a sympathetic character, I think he may have a good legal case if he can prove who was responsible for all the damage done to his career.

Two big events this weekend deserve your consideration — the Blues, Brews and Barbecue Festival at the Water Tower, and the NuLu Luau. And check out our EatDrinkTalk podcast with Louvino executive chef Bill Jennings. Thanks to our sponsors, Passport Health Plan, Louisville Tourism, Heuser Health and the Eye Care Institute.