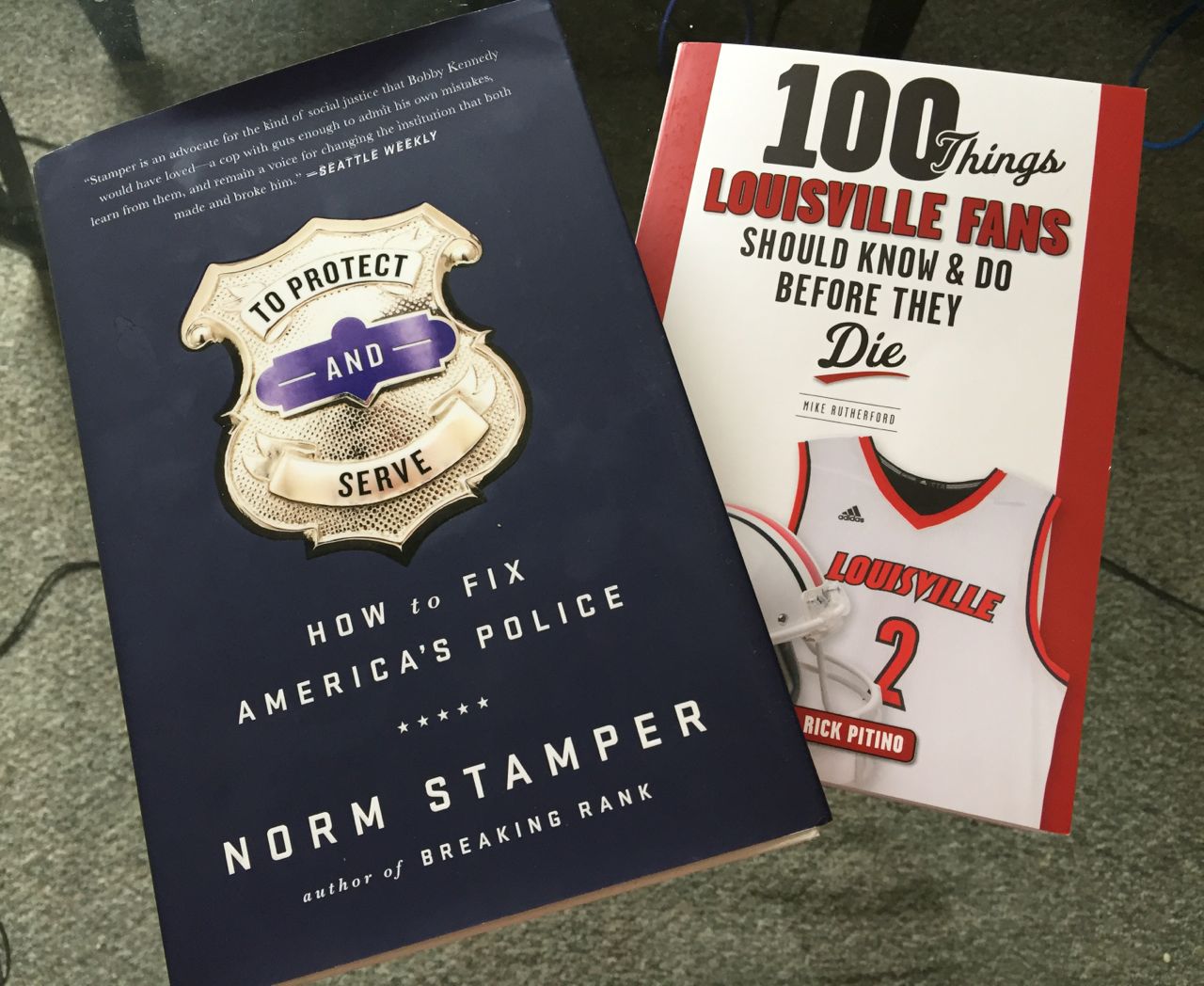 Rusty welcomes the authors of two fascinating books into the Louisville.am studios this week. First up is Mike Rutherford, creator of the Card Chronicle, half of the Ramsey and Rutherford sports talk show, and the author of 100 Things Louisville Fans Should Know and Do Before They Die. The timing of the book’s release is odd, given it has a forward from Rick Pitino. But there’s also a chapter entitled “What Did Freedom Hall Smell Like” and other gems that make it a must-read for Card fans.

Norm Stamper visited the city this week to talk about his ideas for fixing America’s police, a concept that hasn’t been universally accepted by local police forces. He did a media tour here and a town hall in the West End, My friend Chris Thieneman brought him here because he was inspired by Stamper’s ideas

In the news, I was sad to see the announcement that there’s an end in sight for the popular Hometown Heroes banner series. And while I was shocked, and pleased, to see Republican Sen. Dan Seum get behind a plan to legalize marijuana to help solve the state’s pension crisis, it was no surprise to hear mini-Trump Gov. Matt Bevin proclaim that two things aren’t going to happen during his term — the legalization of marijuana or the advent of casino gambling.

The big events I’m up for this week are the Garvin Gate Blues Festival and the U of L football game at Noon Saturday. And don’t forget the Aviation Heritage Festival at Bowman Field. Thanks for downloading the show, and please tell your friends to give it a listen.