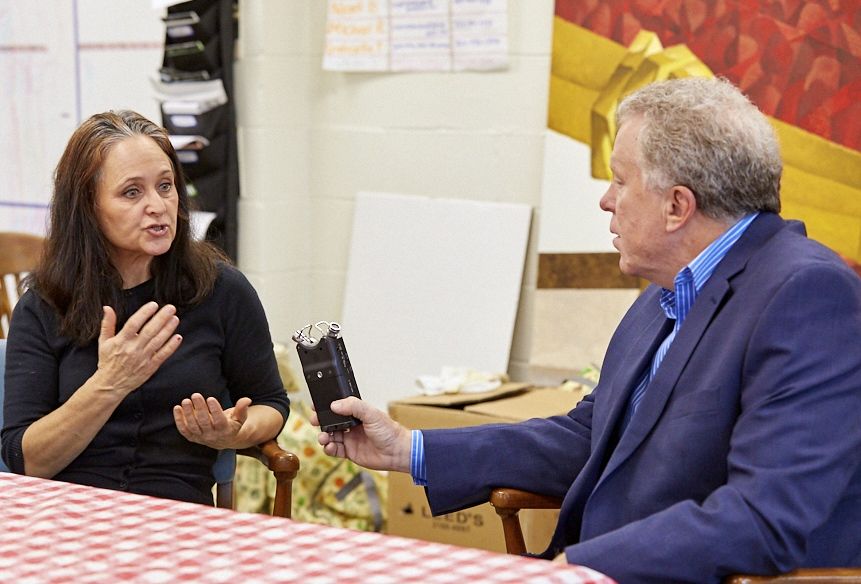 I must have been hungry when planning this Rusty Satellite Show, as we’re celebrating Pizza Week in the ‘Ville, and I caught up with the director of New Roots, which provides fresh healthy organic food to citizen through a share program.

First up is Danny McMahon, operator of Danny Mac’s Pizza at the Mellwood Arts Center and a participant in Louisville Pizza Week. Danny works hard and makes a great pie, and it’s an interesting conversation we had about our favorite food.

Karyn Moskowitz thinks we all should eat our vegetables, and wants to make sure that we all have access to them. Hear about how New Roots and its Fresh Stop Markets are making a difference in parts of town where there’s not a Meijer or Kroger right down the street.

In the news, I’ve got a review of River Runs Red, a major motion picture that was filmed on the streets of the ‘Ville, and is showing right now. And our friend Jou Jou Papallier plays a major role in it. It was the week that Bobby Petrino got the ax, and the impact of that will be felt around here for a while. Also, TopGolf made another step forward by passing a Metro Council committee, and Gov. Matt Bevin stuck his foot in his mouth again, blaming zombie movies for violent crime.

It’s all in a new Rusty Satellite Show, sponsored by Passport Health Plan, Heuser Health and the Eye Care Institute.