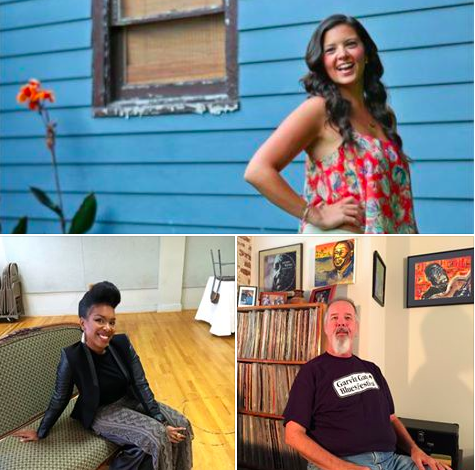 So much to do, and only so many days in the calendar. That’s the plight of a socialite, and promoter and advertising executive Lauren Hendricks joins Rick to talk about some options for the rest of us while she’s out of town this weekend. Lauren, who you first met here on the show when she was busy promoting the Forecastle Festival, seemed to really enjoy co-hosting the show.

My first guest is Jessica Frances Dukes, an engaging actress in town for Actors Theatre’s production of MacBeth. She educates me about Shakespeare and this play, which features characters driven by political ambition to do things, including murder, that they shouldn’t do in their quest for power. Yes, it’s interesting that we conducted the interview the day after the presidential debate. Hmmm. MacBeth opens next week at Actors.

Mike Suttles loves the blues, so much that he spends much of his retirement scouting bands for the annual Garvin Gate Blues Festival, coming Oct. 7-8 to Old Louisville. Mike has a stellar lineup of blues performers lined up for the show, but is equally proud of the new Blues in the Schools program to teach kids about the blues. You can bring a kid to a special Saturday event, Blues for Youth, and your child will walk away with a free harmonica.

Also in the show, Lauren and I discuss our anti-Trump sentiments and what we thought of the debate, then move on to talk about the Paul Thorn show, the St. James Court Art Show, the FAT Friday Trolley Hop, the new Red Hog Butcher Shop and how much we want to see the Cards crush Clemson in the big game in South Carolina on Saturday. It’s all in a great episode, #169, of the Rusty Satellite Show.