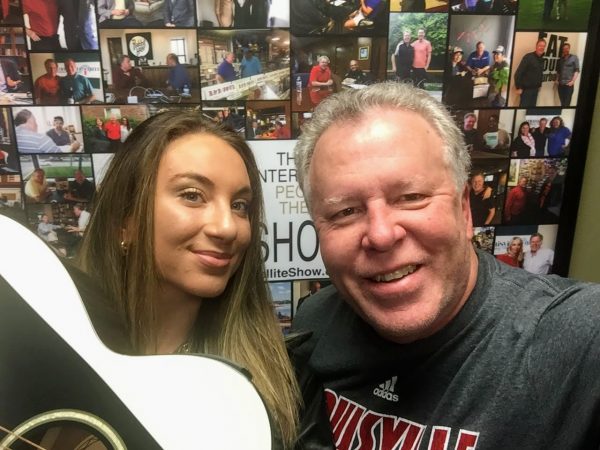 Here’s hoping Santa was good to you! Here’s an exciting Rusty Satellite Show to get you through the rest of the week. 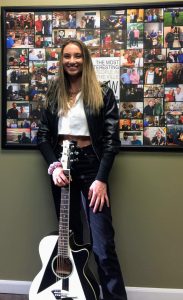 It’s an unusual show —  if you think that having an up-and-coming singer perform right herre in the REMAX Properties East studio is cool . Victoria Hiegel is a student at a prestigious school in Boston, but the 20-year-old’s true ambition is to be a pop start. As you’ll hear, she’s got the talent, and she’s got the brains put herself in the spotlight.

Regular listeners know about Billl Brymer’s great photos — many of which have featured Rusty Satellite guests. Now Bill has a new project to talk about. He’s photographed 40 local actors, asking them to pose as their favorite characters. The result is a portrait gallery show that begins January 4 at the Kore Gallery at 942 East Kentucky Street at 6 p.m. He’s also producing books with the images.

Of course, I did have ankle surgery Dec. 23 (all is good) and recorded this show before that. I was joined in the studio by my awesome girlfriend and regular Rusty Satellite listener Paula Presley. I asked her to pick her Top Ten Guests for 2019  — out of 52 shows and 104 guests. Her list includes police chief Steve Conrad, Smile Louisville’s Michael Ray, podcaster Shay McAlister, singers Ben Sollee, and Hannah Estes, jockey Mike Smith and a few surprises. I’m also sharing my list of the Top 10 places I’ve been this year doing Rusty Satellite interviews. You’re goona love it!

As always, thanks to my good friends at REMAX Properties East, the Eye Care Institute and Heuser Health for sponsoring the longest-running and most interesting podcast in the ‘Ville.