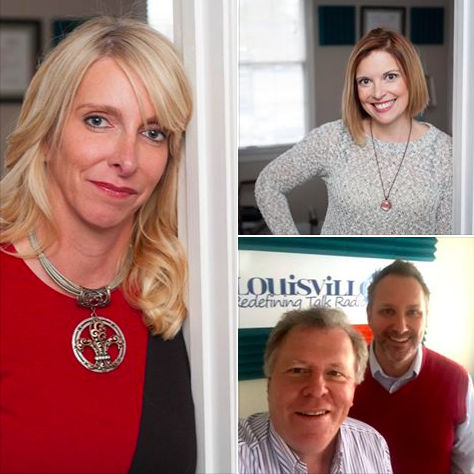 I’m joined by guest co-host and Louisville.am founder Dan Vonderheide for a special post-election episode of the Rusty Satellite Show. My first guest is Katie Delaune, who you may remember from her stint as a TV news reporter at WDRB. Now she’s a social media manager for a local company and helping promote a big event for Hosparus. We talk about what’s going on with TV news and her amazing journey from N’awlins to the ‘Ville to Oregon and back again.

In the spirit of unity, I made nice with a Republican. I was happy to welcome District 7 Metro Councilwoman Angela Leet into the studio to discuss some local issues and the balance of power in local politics. She’s halfway through her first term on the Council, and is among those in favor of term limits.

My man Dan Vonderheide and I discuss the origins of the show, the state of podcasting and his own show, Fortyish. It’s all in an entertaining Rusty Satellite Show.