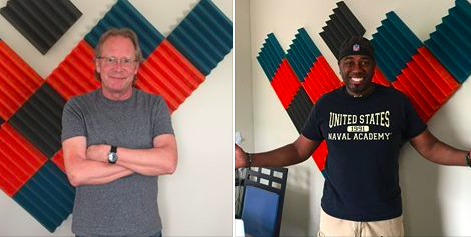 Join me as I share some laughs with Ricky L. Jones about the social media uproar he experienced after he was called a “damn dirty black bastard”. Jones, an Atlanta native, is an outspoken leader in the fight against racism, and is not afraid to speak his mind in the media, whether it’s in his regular column at LEO Weekly or when he’s been interviewed on TV.

What do you do when your record store closes after a great run? If you’re John Timmons, you regroup and become a disc jockey at WFPK. Timmons talks with me about how he got the idea for all those ear x-tacy bumper stickers and how he brought the idea for Keep Louisville Weird to town.

Also on the show this week, comings and goings in local media, and in the area restaurant and dining scene. Listen in to hear what’s on EatDrinkTalk.net and when to hear that new podcast.