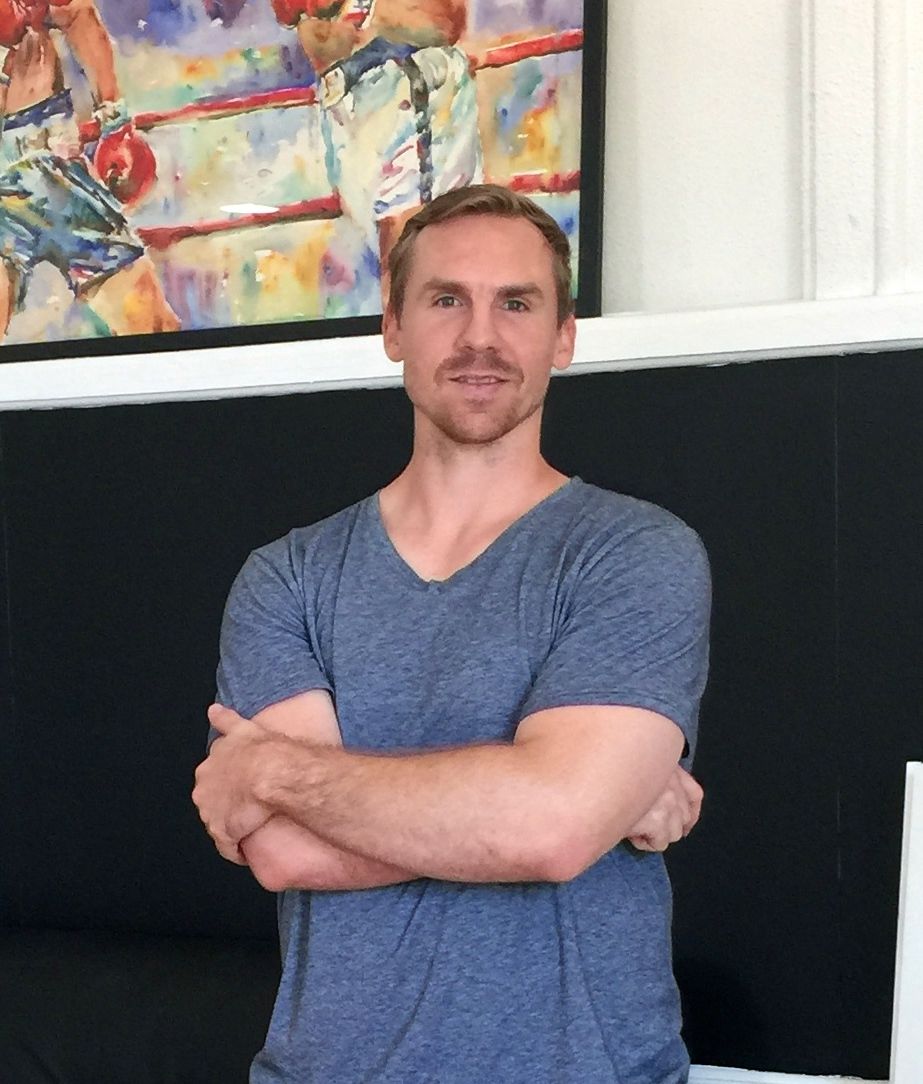 The city’s most interesting podcast goes to Portland’s Dolfinger Building to see the studio of artist Richard Sullivan. A Louisville native, Sullivan spent six years as a left-handed pitcher in the Atlanta Braves organization. Once that ended, he focused on his passion for art, and used baseball connections to boost his career. Hear the whole story in the show.

It’s not a weekend in Louisville without something bourbon going on, and I talk to our Bourbon City Guest of the Week, Kerri Richardson, about the sold-out Sip-osium at the Brown Hotel. Kerri is president of the Bourbon Women Association, and points out to me that women have a superior palate for tasting the subtle flavors in the brown liquor.

There was a big deal in local media — the purchase of Louisville Magazine by Matthew Barzun, that I believe will be a good thing for the publication. John Schnatter isn’t going away, folks. This week he bought a full-page ad in the C-J and launched a web site to say he misses his Papa John’s family and wants back in. A local state rep is advocating for a law that would serve up penalties to anyone who leaves a gun laying around that a child uses, which makes total sense. But this doesn’t — a guy in a tight re-election race in Hodgenville wants to post the phrase “In God We Trust” in all public schools.

Please enjoy the State Fair, but be aware of a change in the parking plan, and stay away from Donut Burgers.

Here’s a bonus: video of Richard Sullivan at his Portland studio. 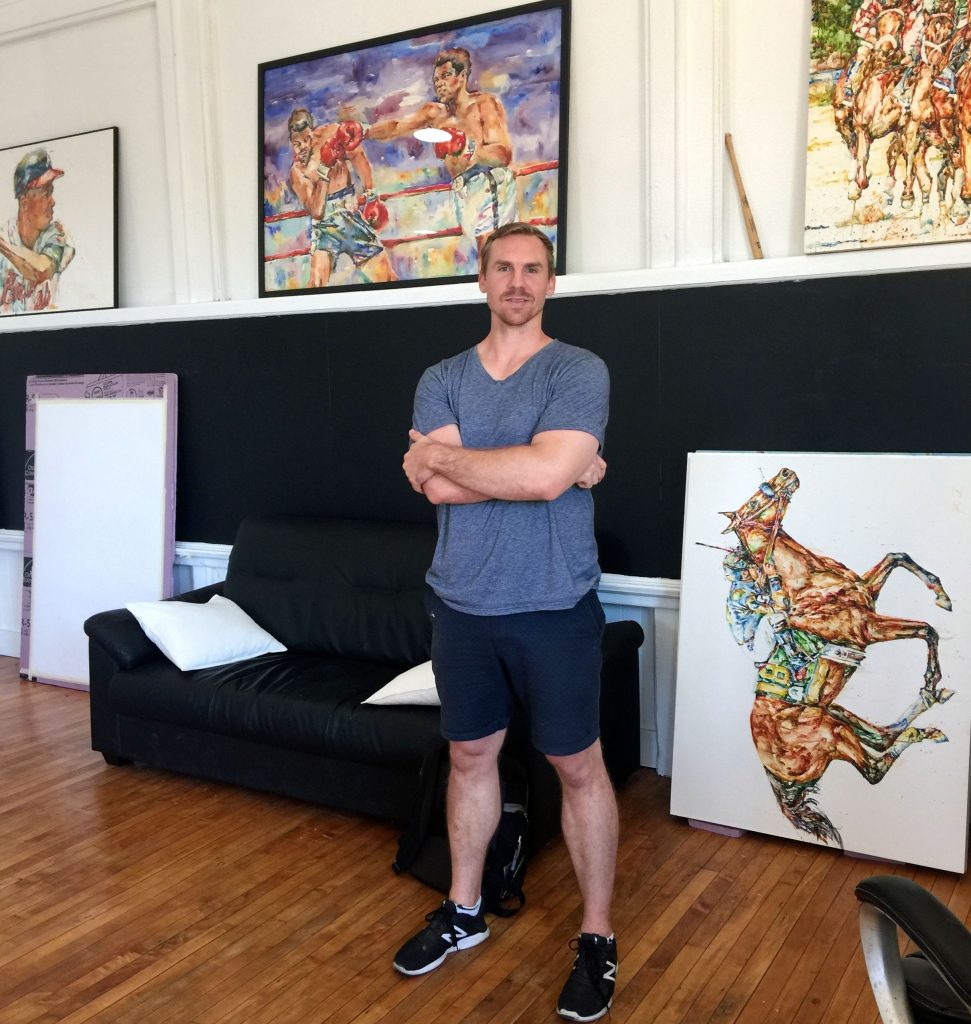