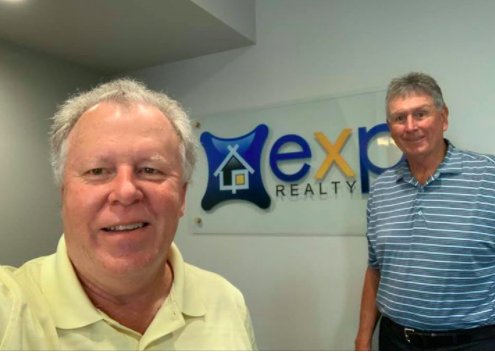 We’re getting back to business in Louisville, and this I’m talking with two individuals who are making it their business to get their industries rolling.

First up is Rick Robey, who has been among the top real estate professionals around here for two decades. He explains how he made the move to eXp Realty two years ago, and opened his new office on N. English Station Road just a few months ago. His real estate business barely paused during the pandemic, and you’ll hear why I signed on to eXp. We also reminisce a bit about his stellar career as a basketball player who won championships at every level.

You’ve heard from Apron’s Gary Fox before on the show, but never has his organization been more important. The new slogan fits — We serve those who serve you. From inside Jack’s Lounge, Gary explains what’s going on in the restaurant industry as more businesses re-open, even while some have announced their permanent closures.

I did some research on the history of racism in Louisville, and found a passage from the 1968 riots that reads like it happened here last week. And we had some violence in the streets back when busing started in 1975, my sophomore year at Iroquois High School.

In the news this week, Chef Edward Lee announced the closure of his downtown restaurant Milkwood — but only to convert it for a good cause. And the long-debated Castleman Statue was quietly removed from Cherokee Triangle, part of a national trend to rid our streets of Confederate symbols. And the Courier-Journal has endorsed Charles Booker for U.S. Senate, a surprising move given that the Democratic Party has put its money behind Amy McGrath. Let’s hope Booker comes out ahead in the June 23 primary and is the one to finally retire Mitch McConnell.

Thanks as always to our sponsors here at the most interesting podcast in the ‘Ville — the Eye Care Institute, Heuser Health and eXp Realty.