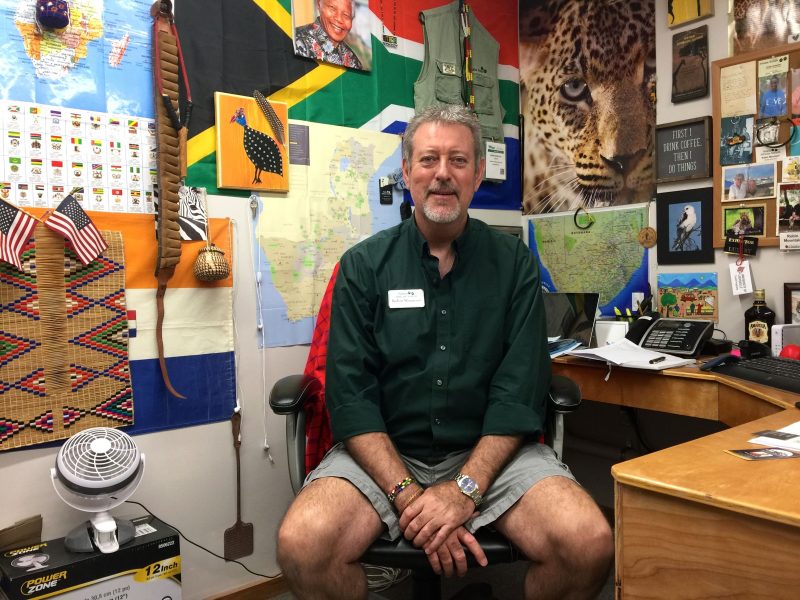 When I tell you the Rusty Satellite Show showcases the most interesting people in the ‘Ville, it’s because of people like Robin Mountain. He’s a South African who moved to California to inseminate honey bees, then came to Kentucky where he operates a tour business taking groups to Africa and has now opened a coffee shop in Clifton from which he sells art, imports foods and yes, sells coffee. Not to mention he’s been three times to the top of Camp Kilimanjaro. Intrigued? Listen in.

The show also has a keen interest in the local restaurant scene, so I asked Jeff Brantley to come in to the REMAX Properties East studio to update us. Brantley is busy getting ready to open his first restaurant, Bramble, in the soon-to-open Logan Street Market. But he’s served his apprenticeship in some of the city’s finest kitchens.

Jeff will be joining me sometime soon in the re-launch of our popular EatDrinkTalk podcast, which will be focused on all the news and gossip surrounding the local restaurant community. This week we learned details about one of those, the new Repeal steakhouse set to go in the new Hotel Distil on Main Street opening Nov. 1. But we also lost a favorite when it was announced that Norton Commons favorite Citizen 7 is closed.

I’m also sharing a story from the road. As an Uber driver, I’ve taken thousands of people on trips short and long, but never met someone as disgusting as the guy who got in my car and declared that Donald Trump has been “sent by God down here to save us all.” I’ll tell you how I nearly pulled over and kicked him out after he used racist, hateful language, and how I worry about an America in which people like him exist.

Meanwhile, the real estate market is booming, and with low interest rates offsetting a rise in home prices, now is a great time to buy or sell. Give me a call at 502-439-6391 for free advice on real estate — from searching and finding the right spot to financing and getting to the closing table.  Thanks also to Passport Health Plan, the Eye Care Institute and Heuser Health for sponsoring the show.