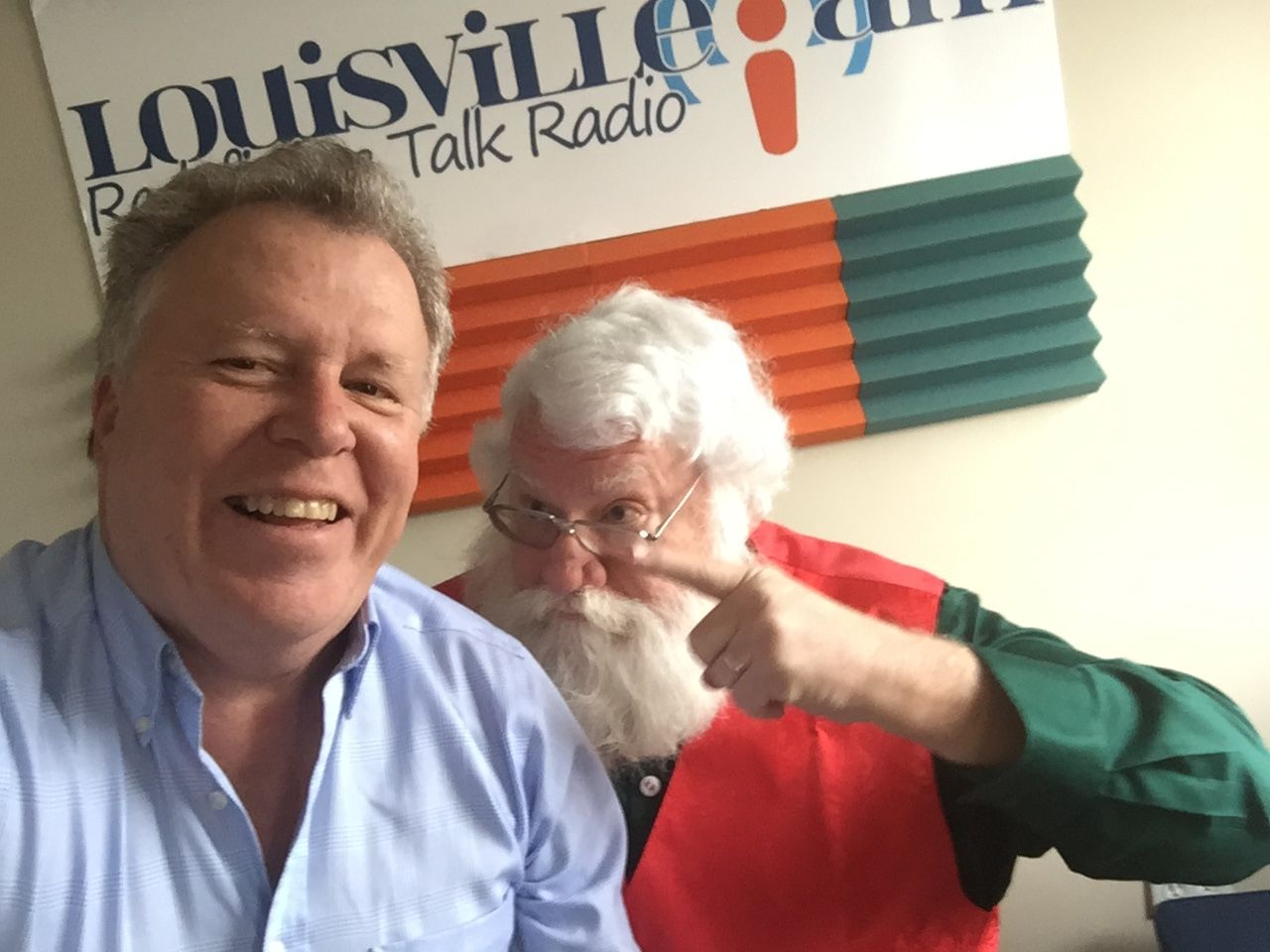 You’ll hear one of the best Ho! Ho! Ho!’s of your life when you listen to the jolly bellow of the Derby City Kringle. Pat Meehan is a natural-bearded Santa, and has been listening to hear what kids want for Christmas for decades, including 26 years at Oxmoor Mall. While that run just ended, Pat’s doing plenty of Santa appearances, including this weekend at Fourth Street Live!

I asked this question on Facebook this week: Do you know someone who’s been really good this year? I’d like to talk to the nicest person in town on the Rusty Satellite Show.

I got a bunch of responses from you, and chose Linda Ruffenach’s nomination of Natalie Harris, executive director of the Coalition for the Homeless. That group gets a lot of attention during the holidays, and is holding its annual Give-A-Jam concert at the Clifton Center on Thursday. She may truly be the nicest person in town.

Another call this week revealed an interesting story about how the Rusty Satellite Show impacted a former guest in a positive way. Listen in to hear about Carolyn McLean’s good fortune. I did interviews with a family therapist on the holiday blues, and talked to Elmer Lucille Allen, an artist who’s going strong in the West End at age 86.

Thanks to Passport Health Plan and Platinum Panel for sponsoring the show. And, please, open and download it before Christmas.