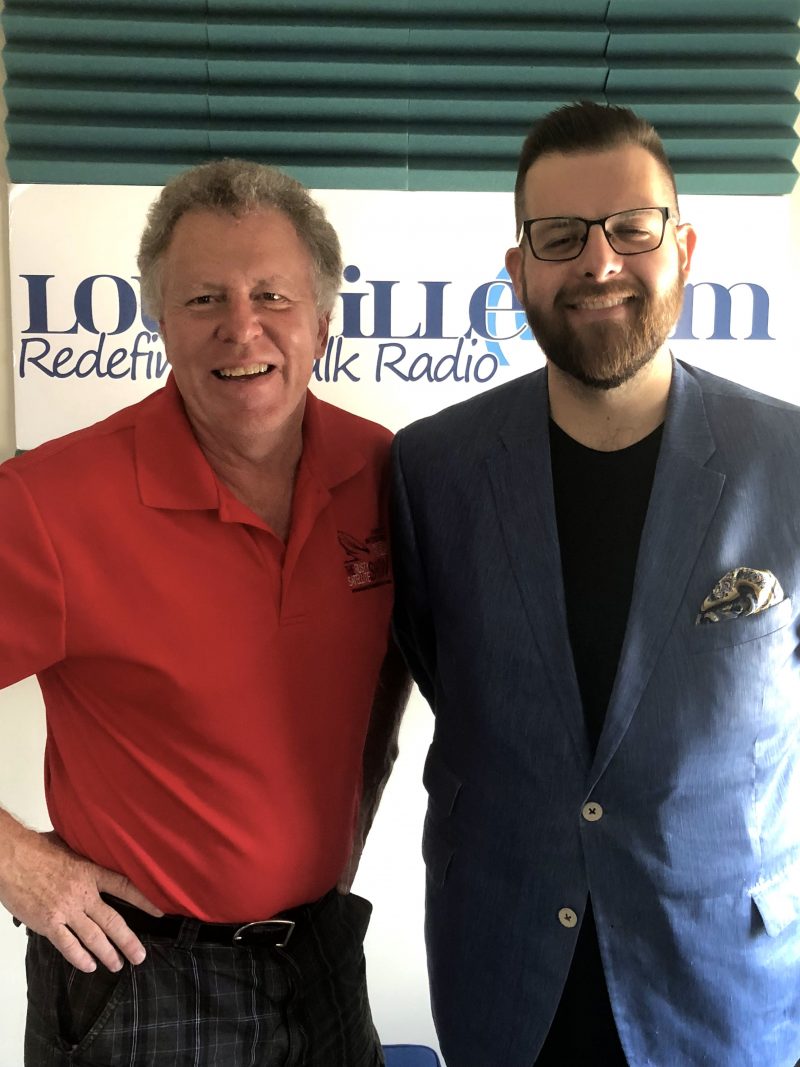 The midterm elections have been called, by most every pundit, the most important election of our lifetime. So this Rusty Satellite Show is devoted, mostly, to politics, with two of the independent candidates for Mayor as my guests.

Sean Vandevander was here about three years ago, talking about his business. That was before his personal health crisis. Now he’s survived two brain tumors, with the help of medical marijuana, and the key message of his campaign for Mayor is to decriminalize recreational use of pot, and to work to make it legal here.

For Chris Thieneman, running for Mayor is an act sure to draw attention to his issues with Greg Fischer and county attorney Mike O’Connell, who Thieneman believes are responsible for covering up the Youth Explorer Program scandal. Both Chris and Sean feel they’ve been treated unfairly by the League of Women Voters, which originally invited them to be a part of next week’s locally televised debate, only to learn that their voice won’t be heard on the live telecast.

A big issue in the race is the Planning Division’s consideration of TopGolf, a truly spectacular attraction scheduled to move in to the old Sears store at Oxmoor, That is, if the NIMBY neighbors don’t get their way in blocking the attraction.  Collge athletics hs been ruined by the money involved, as evidence I offer that Bobby Petrino has a $14 million incentive to get himself fired, and it was revealed this week that a U of L assistant basketball coach handed over $1,300 to a recruit’s father in hopes of persuading him to become a Cardinal.

This weekend it’s the Garvin Gate Blues Festival, so head on down to Old Louisville and get your jam on with some blues. The Rusty Satellite Show is brought to you each and every week by Passport Health Plan, Heuser Health and the Eye Care Institute.