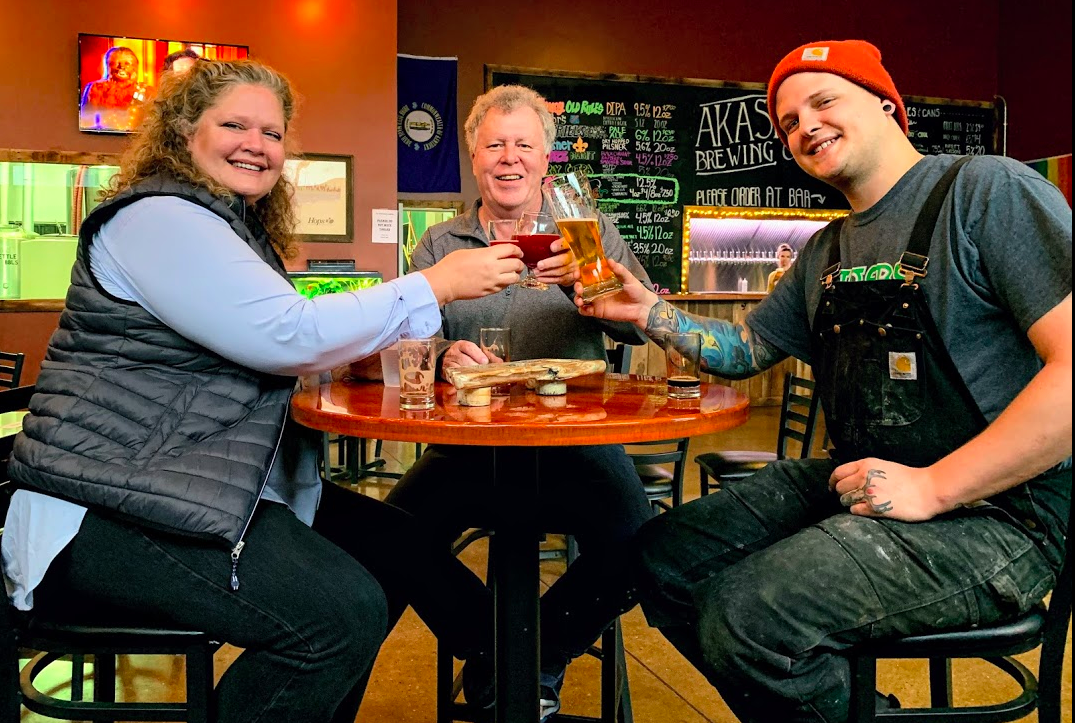 It might be a good episode of our EatDrinkTalk podcast, currently on hiatus, to have this show featuring Stacy Roof of the Kentucky Restaurant Association and two of the people planning the upcoming Tailspin Ale Fest. Instead, it’s the 347th episode of the city’s longest-running and most interesting podcast, the Rusty Satellite Show.

And it features the second-ever Rusty Satellite NewsQuiz, in which Stacy correctly answered 6 of 11 questions about what’s going on in the ‘Ville. Now that it’s a staple of the show, I invite YOU to come on and/or suggest who we should have take the quiz – featuring its own theme music, borrowed from Jethro Tull.

The KRA is an active organization working to lobby legislators to prevent passage of a bill that Mayor Greg Fischer supports that would allow Metro Government to tax our meals. I’m on Stacy’s side, opposing the selection of restaurants to shoulder the burden of raising revenue. But Stacy is also busy promoting Louisville Restaurant Week, in which you are encouraged to try a new restaurant for a special price.

As Akasha Brewing in NuLu, I was among the first to try a special brew featuring raspberry and products from Bourbon Barrel Foods, concocted by head brewer Spencer Guy. He let me in on his career path, that included winning prizes as a home brewer. Tisha Gainey, co-founder of the Tailspin Ale Fest, offers up a lengthy list of pre-Tailspin events designed to get you ready for March 7.

You can also enjoy our video of the interview at Akasha here. Thanks as always to the Eye Care Institute and Heuser Health for sponsoring the show, along with REMAX Properties East, where our studio is located. And remember, if you’re in market for a new home, call me, Rick Redding, at 502-439-6391, and start your search here.