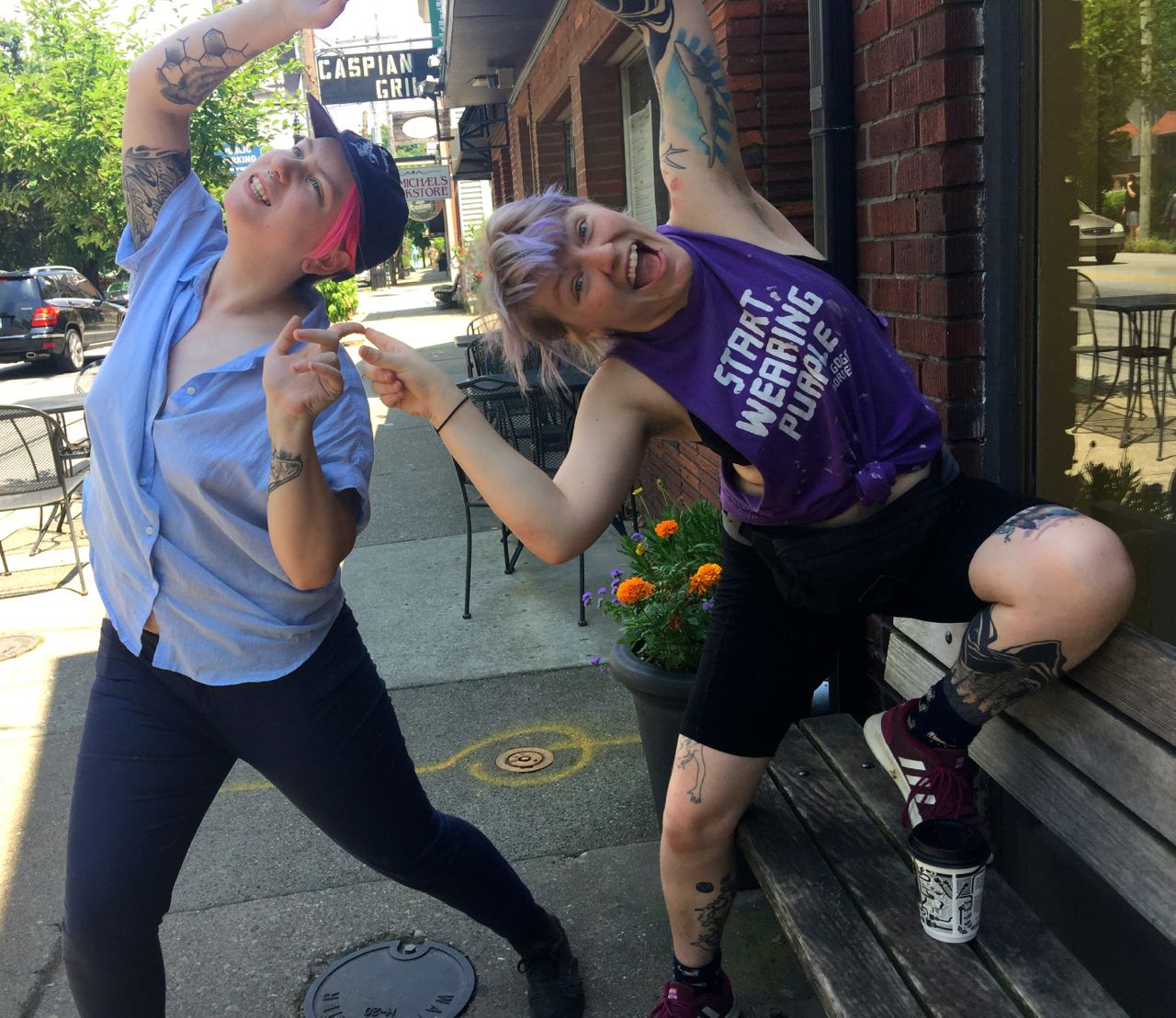 As they say in show business — the show must go on. They also say “shit happens.”  Both are appropriate for this Rusty Satellite Show. That’s because the interview I conducted with Reg Forester and Karen Ledford, the quirky duo who make up the band GRLwood, is not usable due to a tech glitch.

So you’re getting the next best thing — a clip of their music and my description of what the interview was about. We talked on Frankfort Avenue in front of the Heine Brothers. Their new record will be released on sonaBLAST! records on August 2, and they’re playing at the Louisville is Dead festival at the Mag Bar this weekend. Check them out.

Four years ago I met Stanley Chase at a small warehouse off Bishop Lane, where he was making news with his Vegan Jerky business. Since then he’s doubled his business every year, opened a restaurant and is riding the wave of the fake meat craze in America. I learned that I’m part of a new trend as a flexitarian — because like many folks I’m not eating much meat, but some.

In the news, I have comments on the Matt Jones situation, in which the popular UK media man was forced off his TV show while he decides whether or not to take on Mitch McConnell in the race for the U.S. Senate.

I tell you about a local woman who won a radio station’s Taylor Swift concert, and how her successful fundraiser for her fight against cancer at O’Shea’s depleted the restaurant’s food supply. It’s not a popular opinion, but I am not celebrating Dog Restaurant Week. I’ve got the scoop on Bobby Benjamin’s new bakery, and something new is coming to the St. Matthews’ restaurant row. It’s gonna be HOT for GonzoFest and plenty of other big events this weekend.

The show is recorded at the REMAX Properties East studio, with additional sponsor support from Passport Health Plan, the Eye Care Institute and Heuser Health.