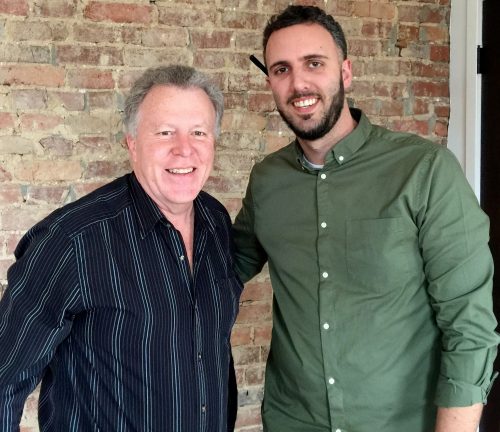 It’s a youth movement on the Rusty Satellite Show this week, as both guests are quite a bit younger that your host. First up is Jake Latts, a senior at Kentucky Country Day, who has organized a local talent show called “Louisville’s Got Talent” since he was 13. And he’s going to Yale next year.

Tarik Nally’s business, Kale and Flax, is one of those little-known Louisville companies doing big things in places like Chicago and Washington D.C. I talk with Tarik in NuLu about his company, his outlook and why he loves Louisville.

Rusty Satellite is where you’ll hear about. . . the next Breakfast of Champions featuring police chief Steve Conrad, and the Commitment to Compassion Luncheon next week at the Ali Center. There’s a new music festival coming to Lexington, and a sports betting bill is destined to fail in Frankfort. Erika Chavez-Graziano’s Cellar Door Chocolates is growing and moving to Portland. Another Louisville chef wins on Chopped, and Dawne Gee gets an award.

The most interesting people in the ‘Ville are right here on the Rusty Satellite Show, sponsored by Passport Health Plan, Heuser Health and the Eye Care Institute.