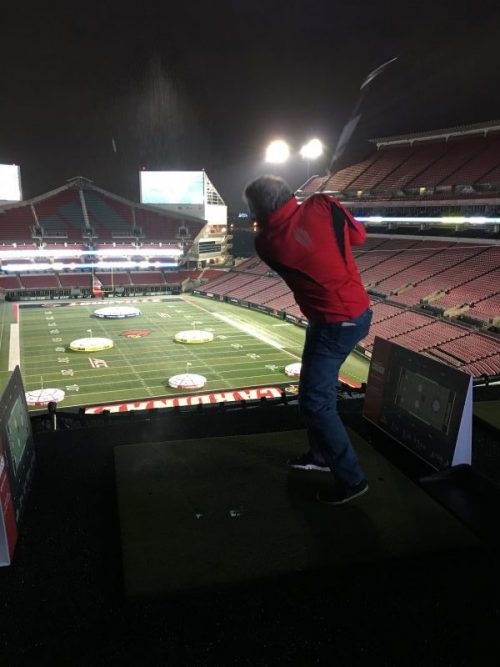 No more yard signs and obnoxious TV commercials, at least for a while, as we put the midterm elections behind us. The Rusty Satellite Show treats you to a pair of non-political guest segments, focused on golf and horses.

First up is JeeHae Lee, a former LPGA pro now working for TopGolf, along with spokesperson Morgan Schaaf. I met them at Cardinal Stadium, where they let me participate in their temporary set-up called TopGolf Crush. We also discussed the controversy over the company’s plans to build a facility at Oxmoor, and how they overcame the opposition of neighbors.

In Shelby County, I was introduced by photographer Bill Brymer to his brother-in-law, who happens to be one of the best farriers in the world. Conrad Trow is a fascinating guest, who’s getting ready for a farrier competition this weekend.

In the news segment, we spend a little time on the election results, and you’ll want to hear why Kentucky is not going to be one of those states leading the way for Democrats. And I’ve got surprising news about four local restaurants that you won’t be visiting again.

Plus a rundown of some go-to event for the week – a movie premiere and a couple of concerts. All on the 279th episode of the ‘Ville’s most interesting podcast, the Rusty Satellite Show, brought to you by Passport Health Plan, Heuser Health and the Eye Care Institute. 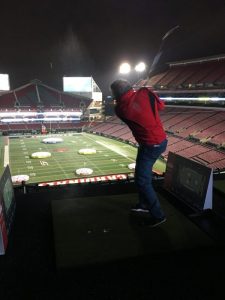