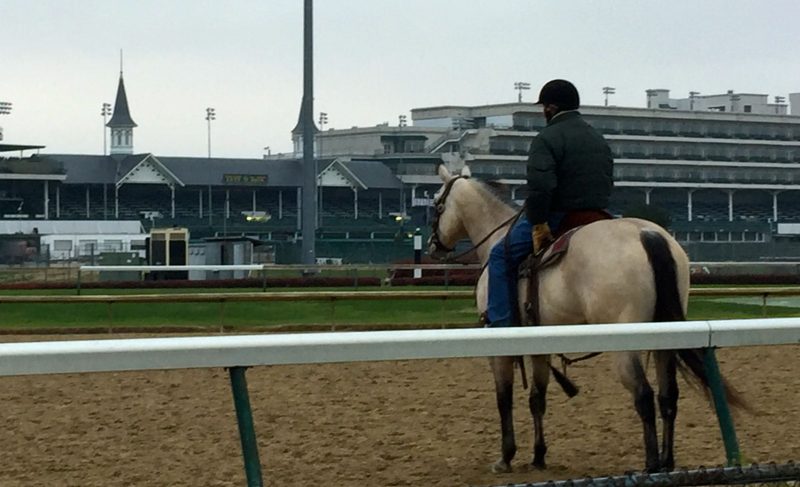 We are so thankful here at the Rusty Satellite Show, for the opportunity to present to you the most interesting people in the ‘Ville, each and every week.

On Tuesday I ventured out bright and early to the backside at Churchill Downs, where D. Wayne Lukas was wrapping up his morning training a stable of thoroughbred at Barn 44. I talked with him about his new book, Sermon on the Mount, the new exhibit featuring his stuff at the Derby Museum and the prospects for returning, at age 83, to the Kentucky Derby next spring with a chance to win his fifth garland of roses.

You’ve heard me talk about my health regimen with Heuser Health all year, but this week I needed some advice — how to continue eating right during the holidays. Peggy’s got some good tips — and tells me that it’s not the end of the world if you indulge a bit. But not too much.

There’s a new lawsuit by those cratchety Hurstbourne neighbors with more illogical reasons they don’t want TopGolf to happen at Oxmoor. In the West End, there’s an announcement planned next week about the new Track and Field complex. And this horrid football season finally ends when the Cards take on UK Saturday, clearing the way to round-the-clock coverage of Jeff Brohm and his decision of whether to come home.

It’s all in a thankful episode of the Rusty Satellite Show, brought to you by Passport Health Plan, the Eye Care Institute and Heuser Health.